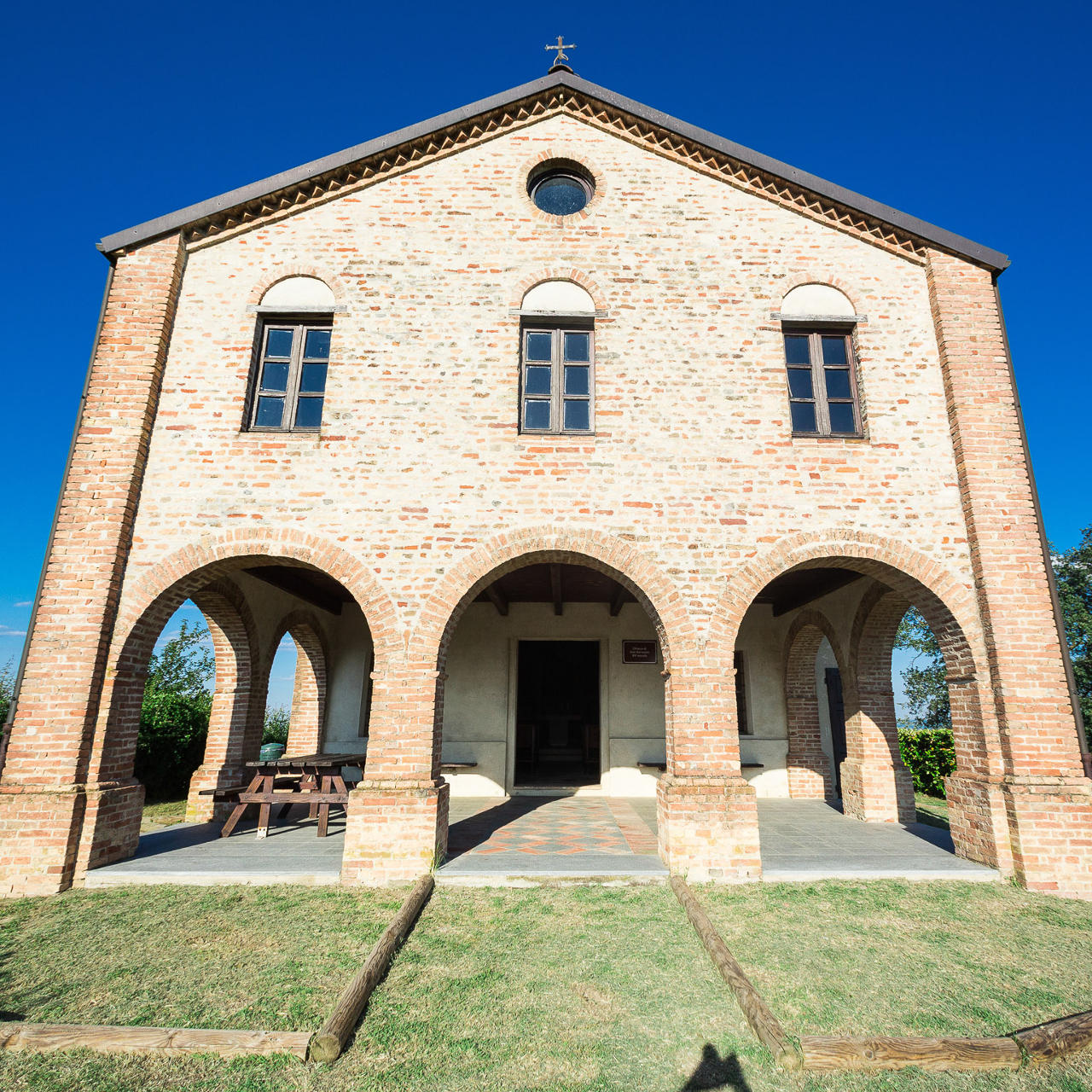 An ancient place of worship with mysterious origins.

The peaceful atmosphere of the hill and its wonderful southward facing can easily make us imagine that, in a distant time, this natural altar was visited to watch over the woods and the views below. Later the site became the site of a chapel dedicated to San Servasio, bishop of Tongres of the 4th century, famous for his fight against the Arian heresy. It has maintained its quiet and reflective atmosphere and inside two delightful cycles of sixteenth-century frescoes.
NEI DINTORNI VEDI I SENTIERI MAPPA SCHEDA TECNICA

The rural chapel of San Servasio stands on an isolated brich, from which it has been dominating the streets below since ancient times. We don’t know anything about the origin of this place of worship.

The hill on which the chapel is built dominates towards the south and appears quite isolated from the surrounding area and from the town of Castellinaldo. Although the natural view of the brich is towards the South, the church is oriented to East, that is, with apse and altar towards Jerusalem, like many other sacred buildings.

This apparent contradiction can be explained by a “change of use” of the site: once a natural altar facing the woods and the views below, relevant from a religious and strategic point of view, and later the site of a chapel dedicated to San Servasio bishop and confessor. 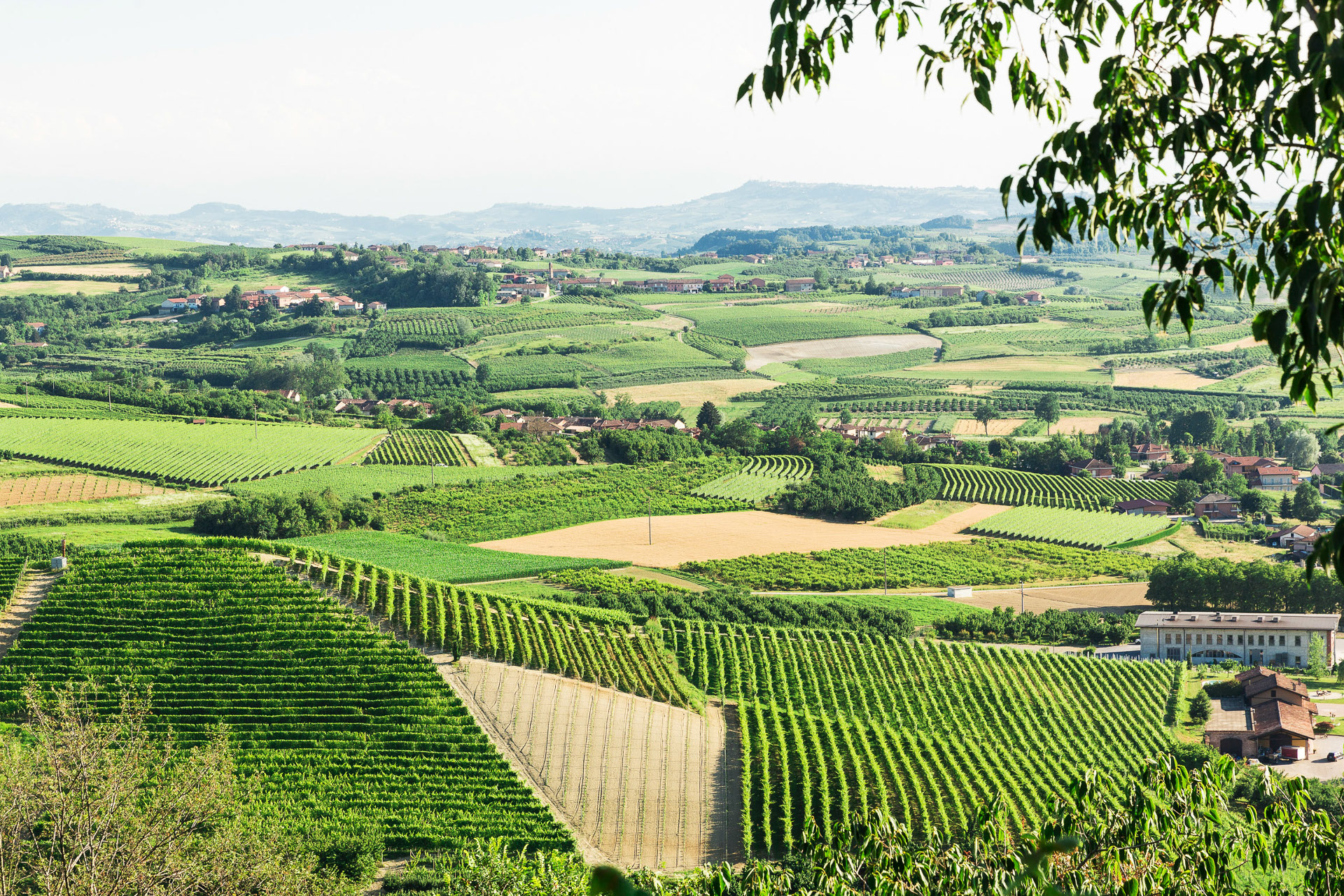 Servatius of Tongres, the saint to whom the chapel is named, lived in the surroundings of today’s Liège (Belgium) around the fourth century and was famous for his fight against the Arian heresy. He was particularly revered by the Franks, who perhaps brought his cult to the area between the eighth and ninth centuries: at the time, in fact, the territory belonged to the Franco-Alemannic land patrimony.

In an Order of the Community of Castellinaldo dated 1679 it is reported that the choice to title to San Servasio / Servazio to protect the place dates back to the 13th century. The first historical reference, however, dates back to a testamentary legacy of 1399 by Margherita, widow of Antonio dei Malabaila, entitled to Sanctus Salvatius.

The frescoes inside the church date back to the 16th century, when the Community, probably thanks to noble contributions, took care to adorn the interior with figures of saints.

In 1742 the church did not yet have a bell tower but the portico was already present, indicated as the home of the “Romito”, that is, the hermit.

The church is made up of sectors built in different eras: the apse and part of the sides date back to the Middle Ages, while the façade is from the sixteenth century. The porticoed forepart with two rooms for the hermit’s house dates back to 1671.

The interior has a single nave with a vault, interspersed with two pillars. The apse is polygonal with five sides, with a ribbed vault.

There are at least two cycles of frescoes inside the Church, restored after the 1998-1999 flood. The protagonists are the saints who refer to some ancient places of worship in the area, plus some famous thaumaturgic saints.

The two cycles differ both for the time of execution and setting. The saints depicted were chosen partly with regard to the titles of local places of worship and partly for their peculiarity as thaumaturge, protectors against epidemics and famines of any kind. The choice was perhaps dictated by the needs of the mixed clientele: the local lords (Malabaila and Damiano) and the local community.

The first cycle dates back to the first half of the 16th century: it is present on the presbytery walls, and depicts in order San Giacomo Maggiore, San Servazio bishop, San Francesco d’Assisi, San Bovo and a Virgin and Child discovered only during the restoration.

The restoration did not bring to view what was present in an apse wall: ancient paintings underlying those of 1581, perhaps dating back to the foundation of this sector (1399?).

PRESBITERIAL CYCLE (first half of the sixteenth century)

The first fresco of the presbytery cycle depicts St. James the Greater with his staff, protector of pilgrims, invoked against rheumatism and for good weather. 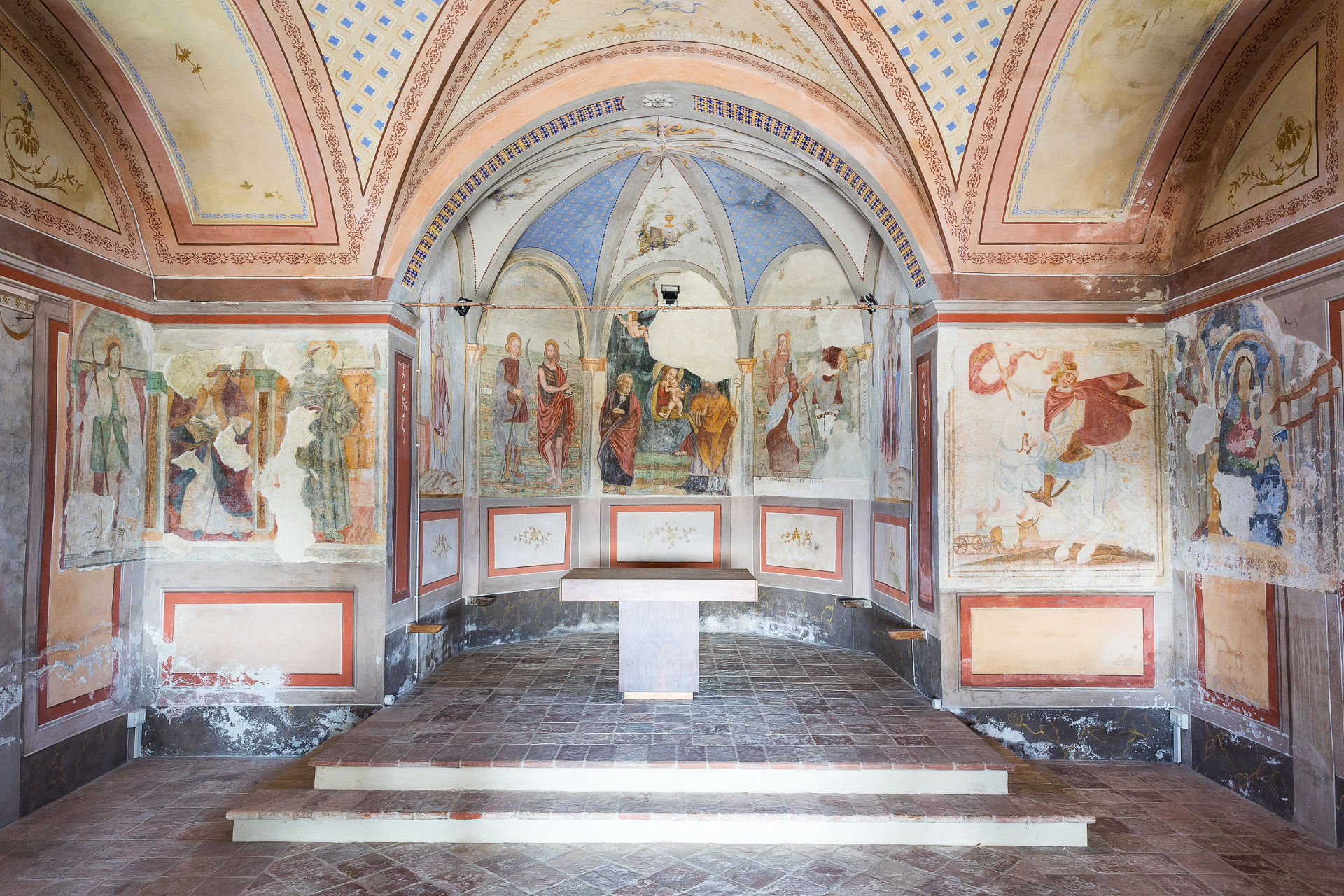 In the next box we find a Bishop Saint, probably the holder of the Chapel: San Servazio. Next to him, San Francesco d’Assisi. These figures are set with a curtain in the background, leaning against the pillars painted with a fake open portico with round arches.

Moving to the wall, on the right we can admire an interesting San Bovo on horseback. The saint is venerated by a peasant who prays in the lower left corner, seated on a cart. The agricultural tool is pulled by two oxen with particular vestments, perhaps an ancient ritual practice.

On the adjacent side wall, the restoration uncovered an Enthroned Virgin and Child, set in an architectural interior painted in a central perspective. Unfortunately, the fresco is degraded, as well as the epigraph present at the base of the throne.

The second cycle of frescoes is located in the apse and has a certain date, 1581, as noted on the epigraph on the second wall. Small peculiarity, on the parchment with the dating rests a strange figure of a quadruped, perhaps a goat.

The first fresco depicts San Rocco in a rather bare scenario where a small church with a bell tower stands out on the side. A dog wags its tail at the feet of the Saint: it is the dog of the legend that, sent every day by the noble Piacenza Gottardo, went to the dying San Rocco to bring food and lick the plagued bubo, until the day when the Saint miraculously recovered.

In the next sector we find San Dalmazzo martyr, to whom the ancient parish church of Castellinaldo was dedicated, and San Giovanni Battista. Next to San Dalmazzo there is the epigraph with the date 1581 and the bizarre animal that rests on it.

In the central sector of the choir there is the most important fresco: San Pietro on the left and San Servasio on the right flank the Virgin and Child. The background is a dark cloth supported by two little angels.

In the next sector, the figures of San Giovanni apostle and San Sebastiano stand out. The latter too, like San Rocco, was often invoked against the scourge of the plague due to his martyrdom with arrows, which recall the bubonic plagues. The cycle is closed by a peculiar fresco that portrays Santa Liberata from Como with two infants in her arms. The Saint was considered a protector against the dangers of childbirth and infant mortality, and was a very popular sacred iconography in northern Italy in the sixteenth century, perhaps due to the historical vicissitudes of a rather bloody century. 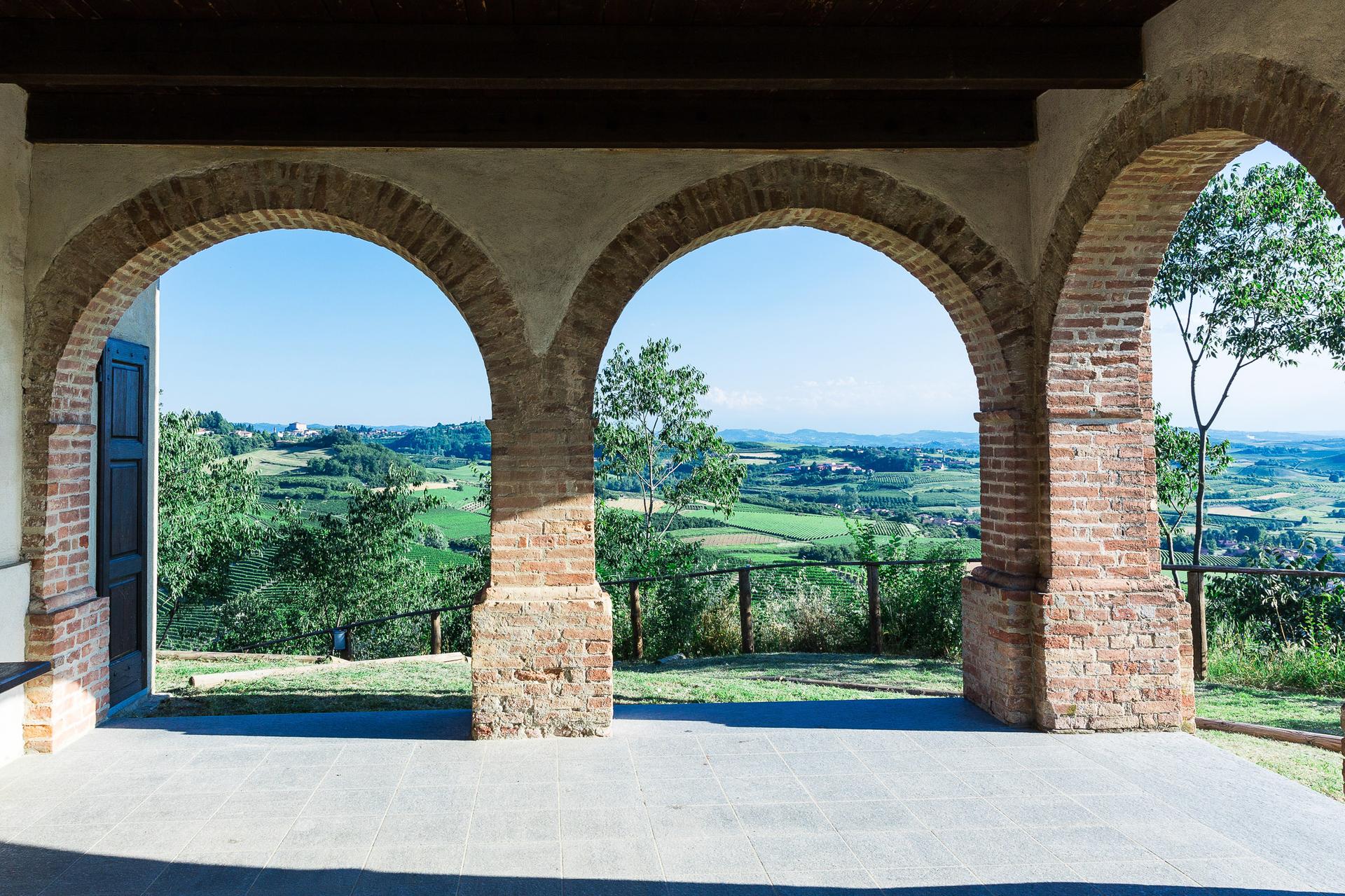 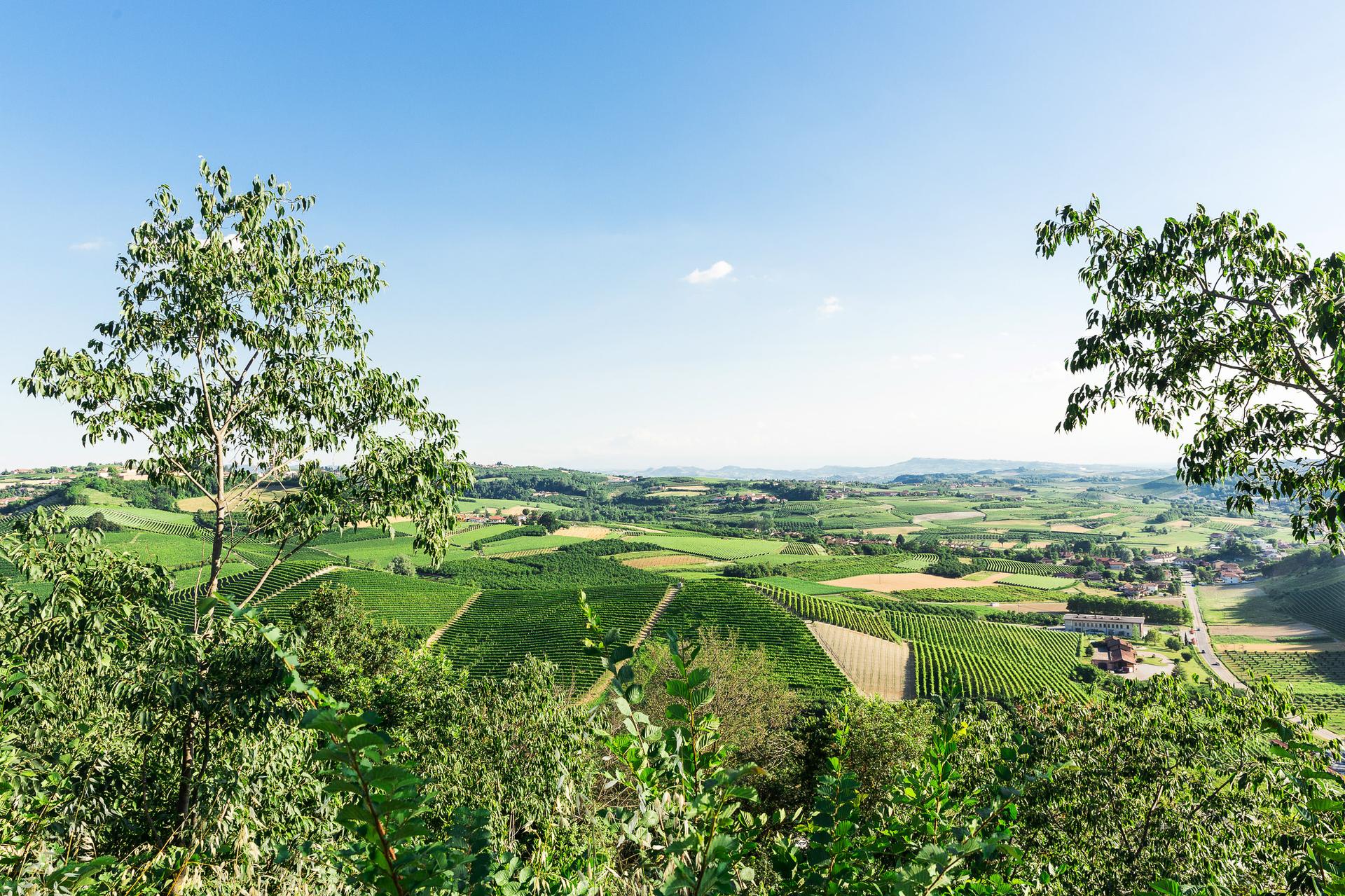 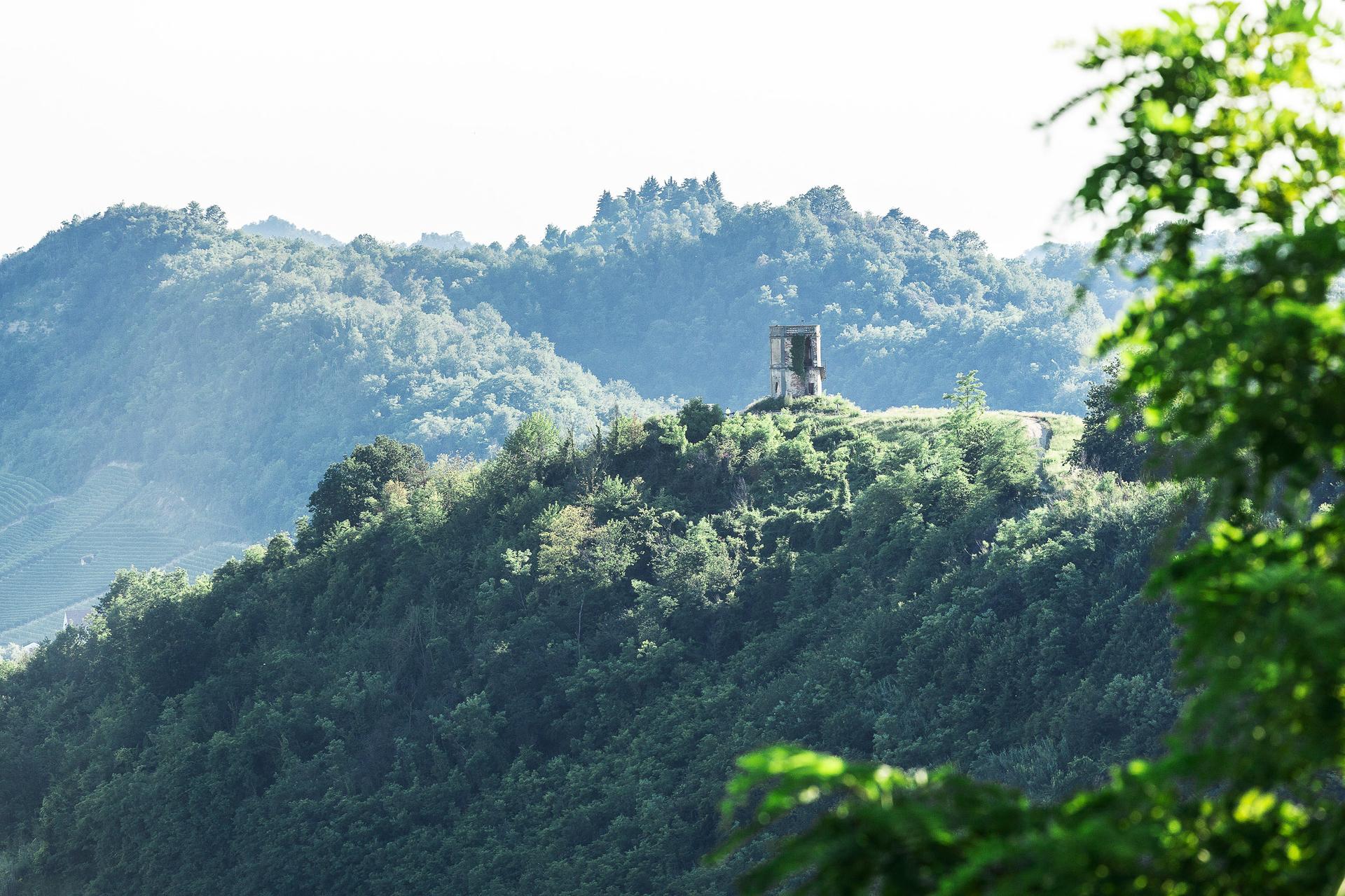 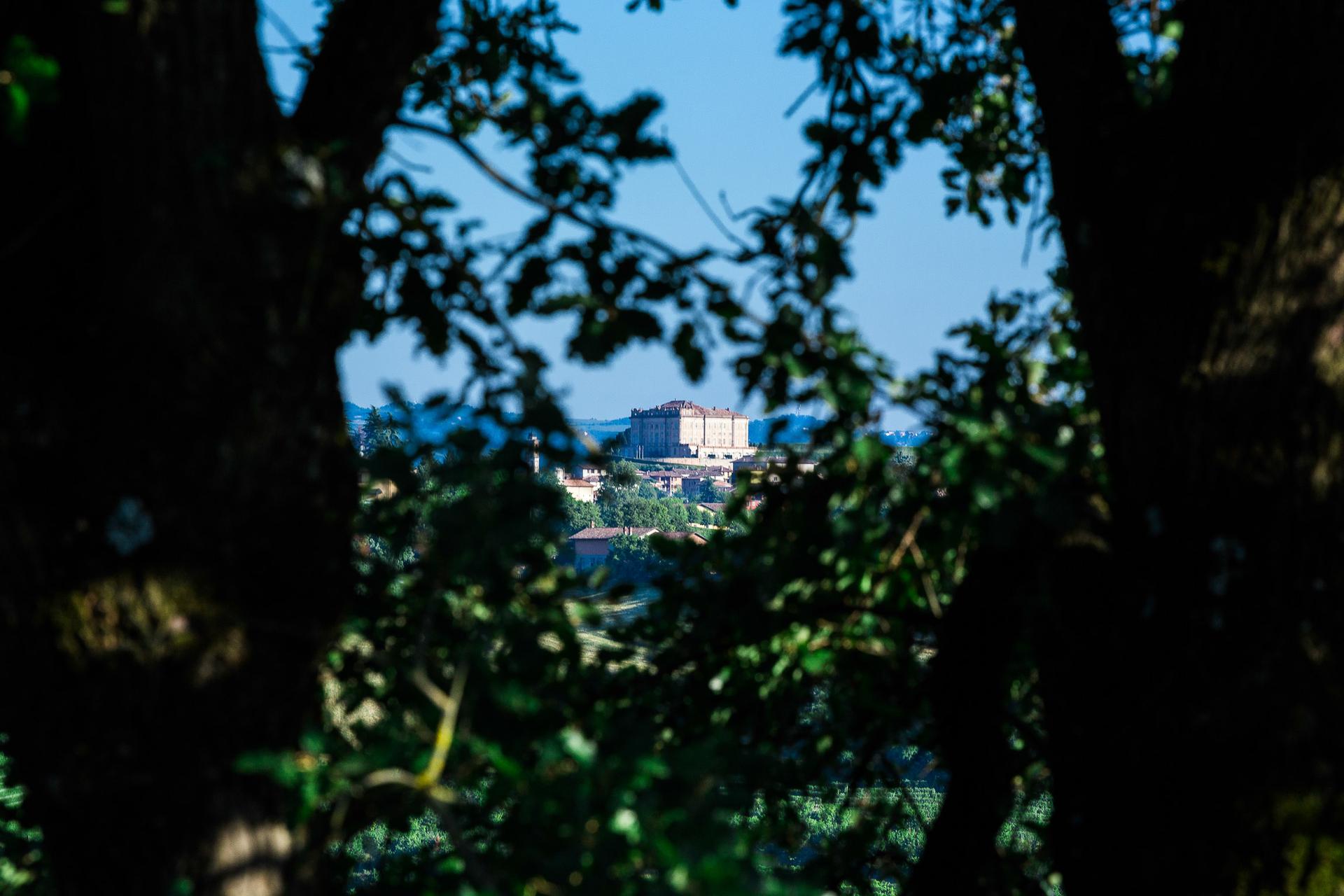 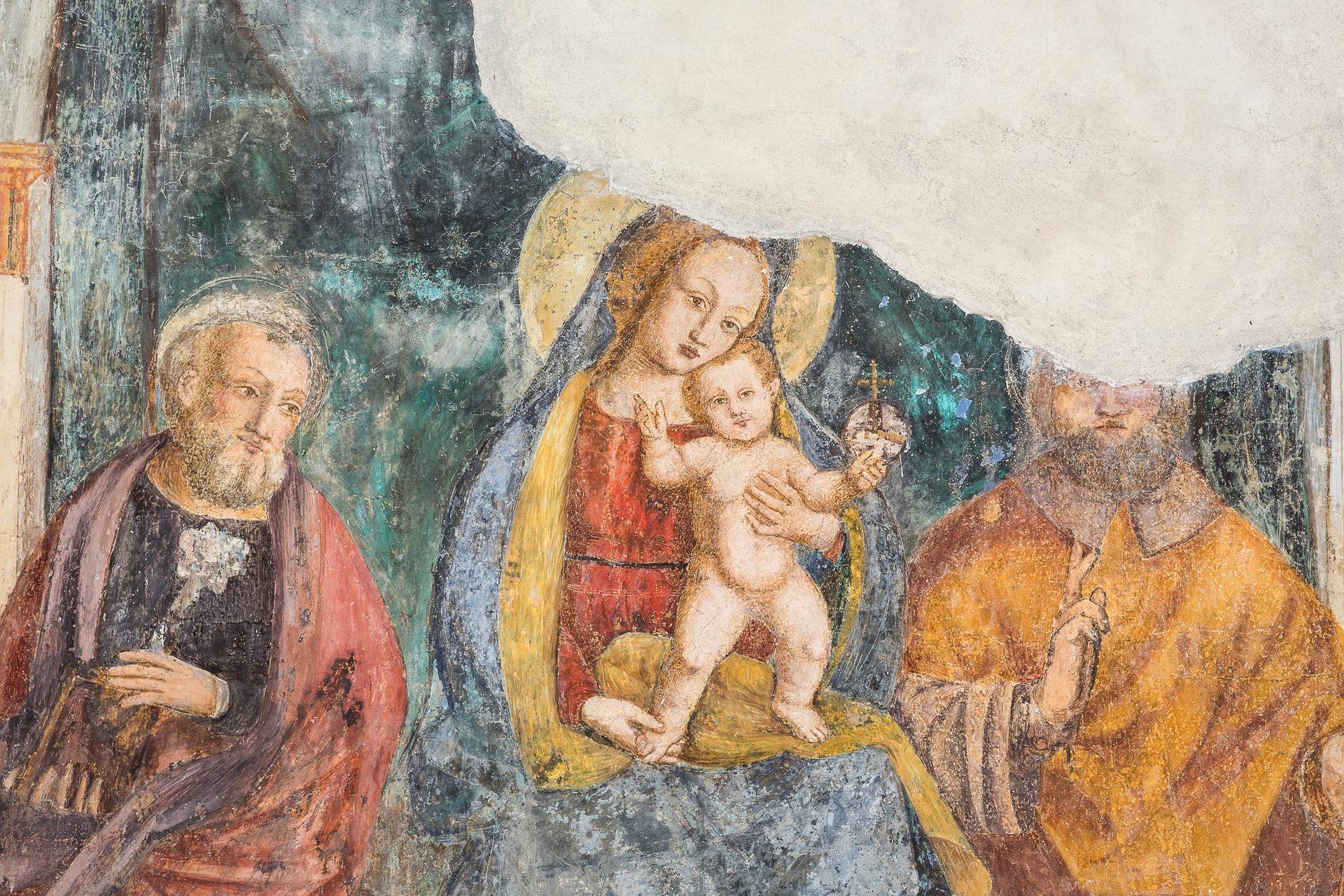 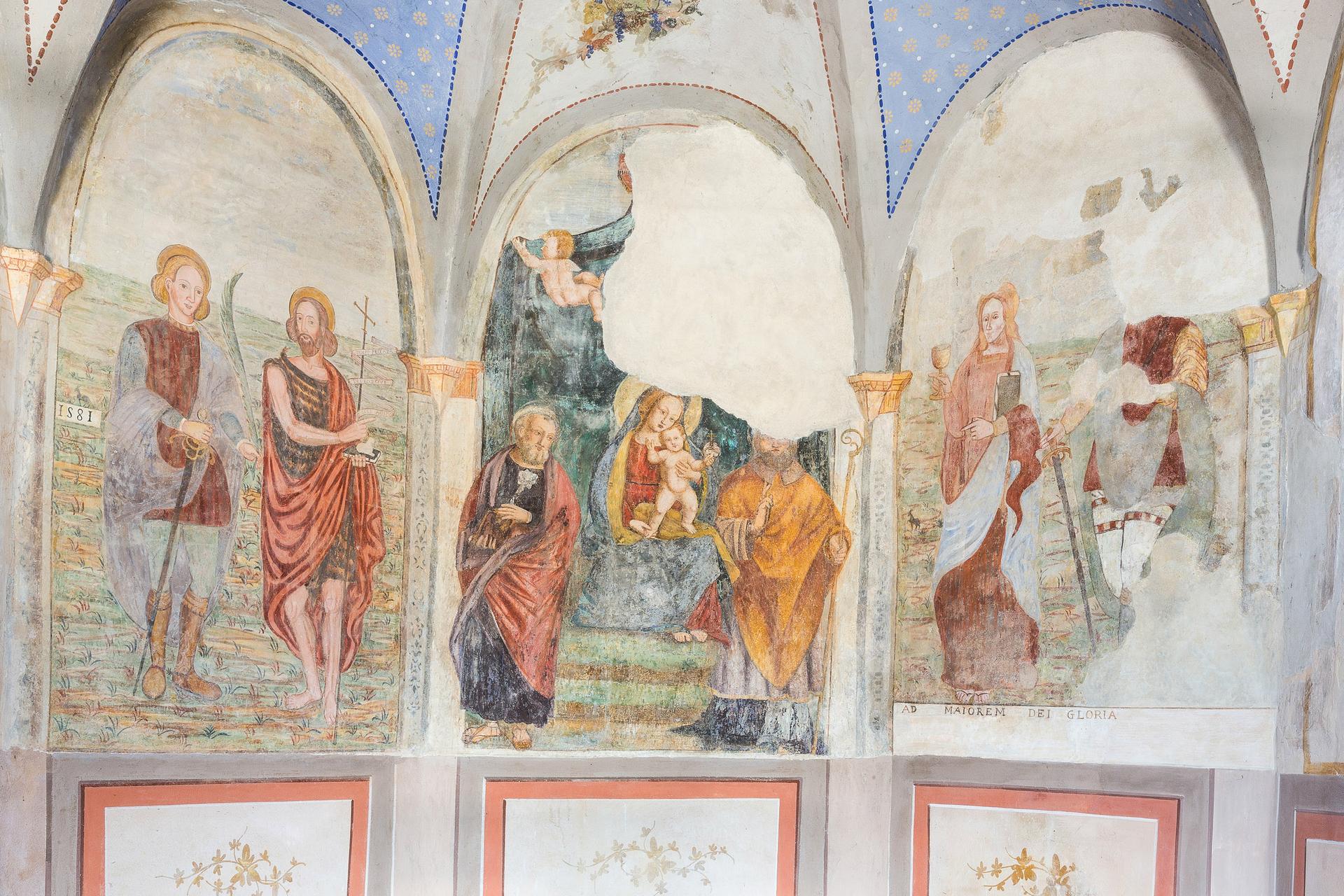 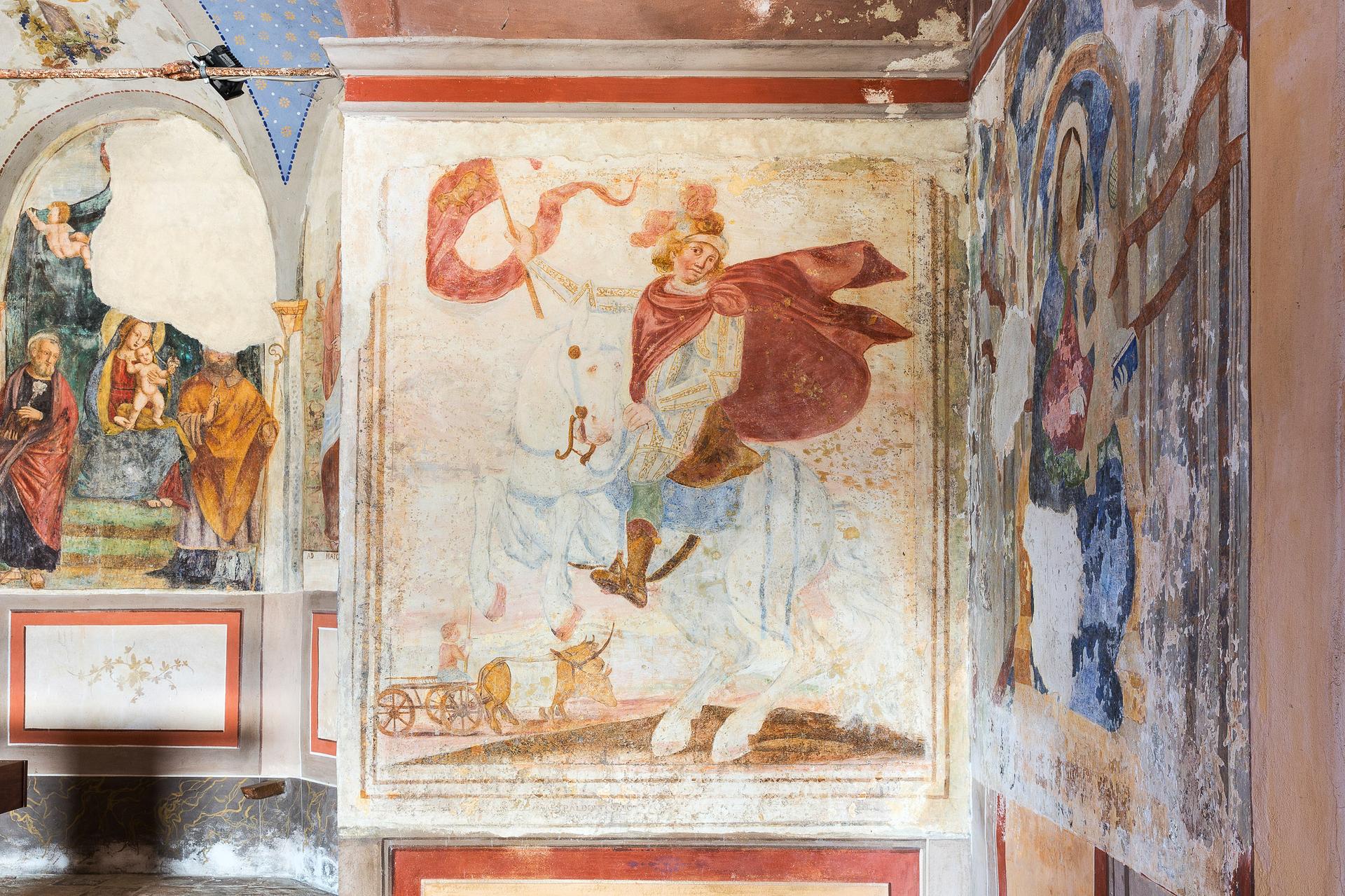 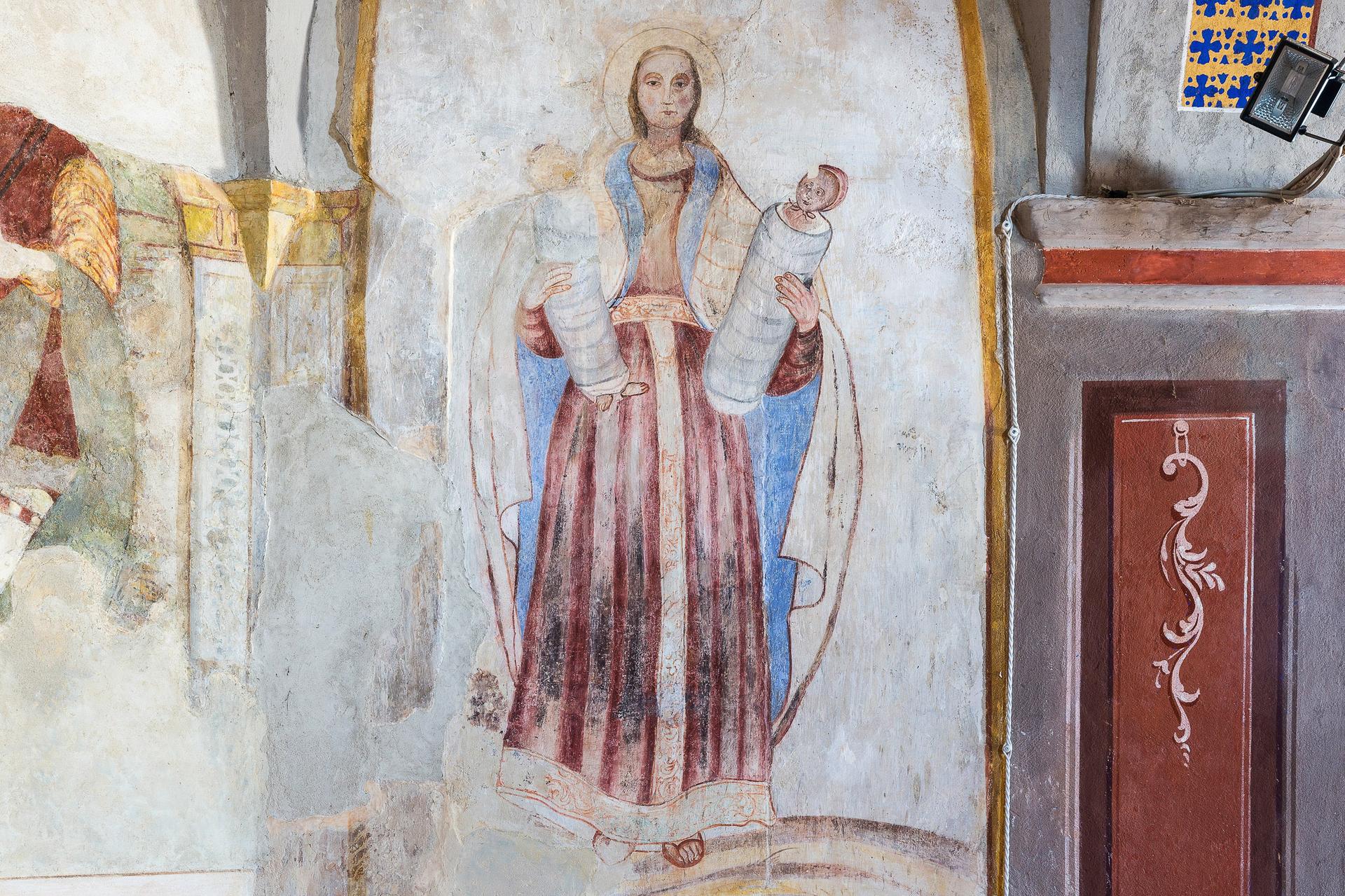 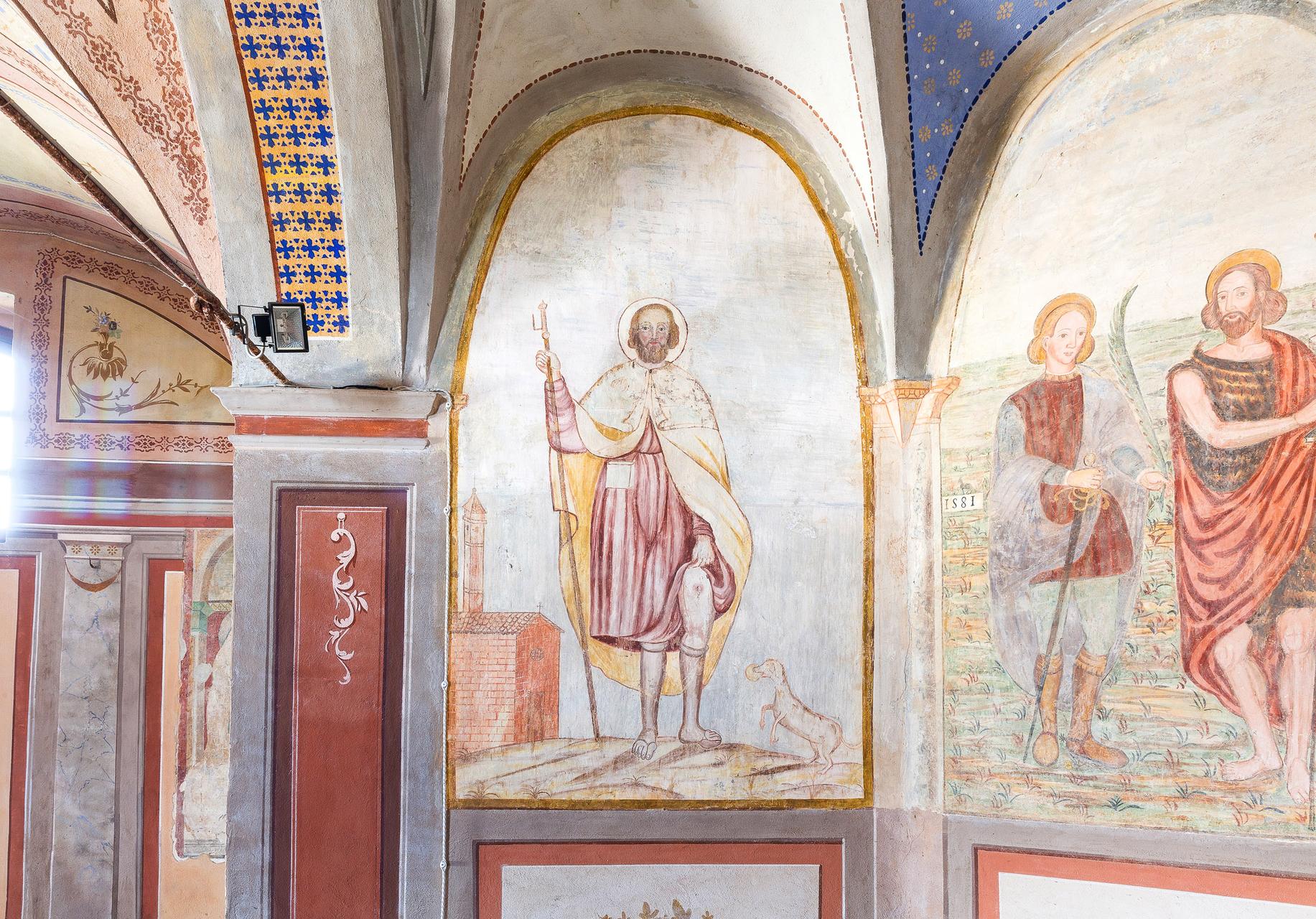 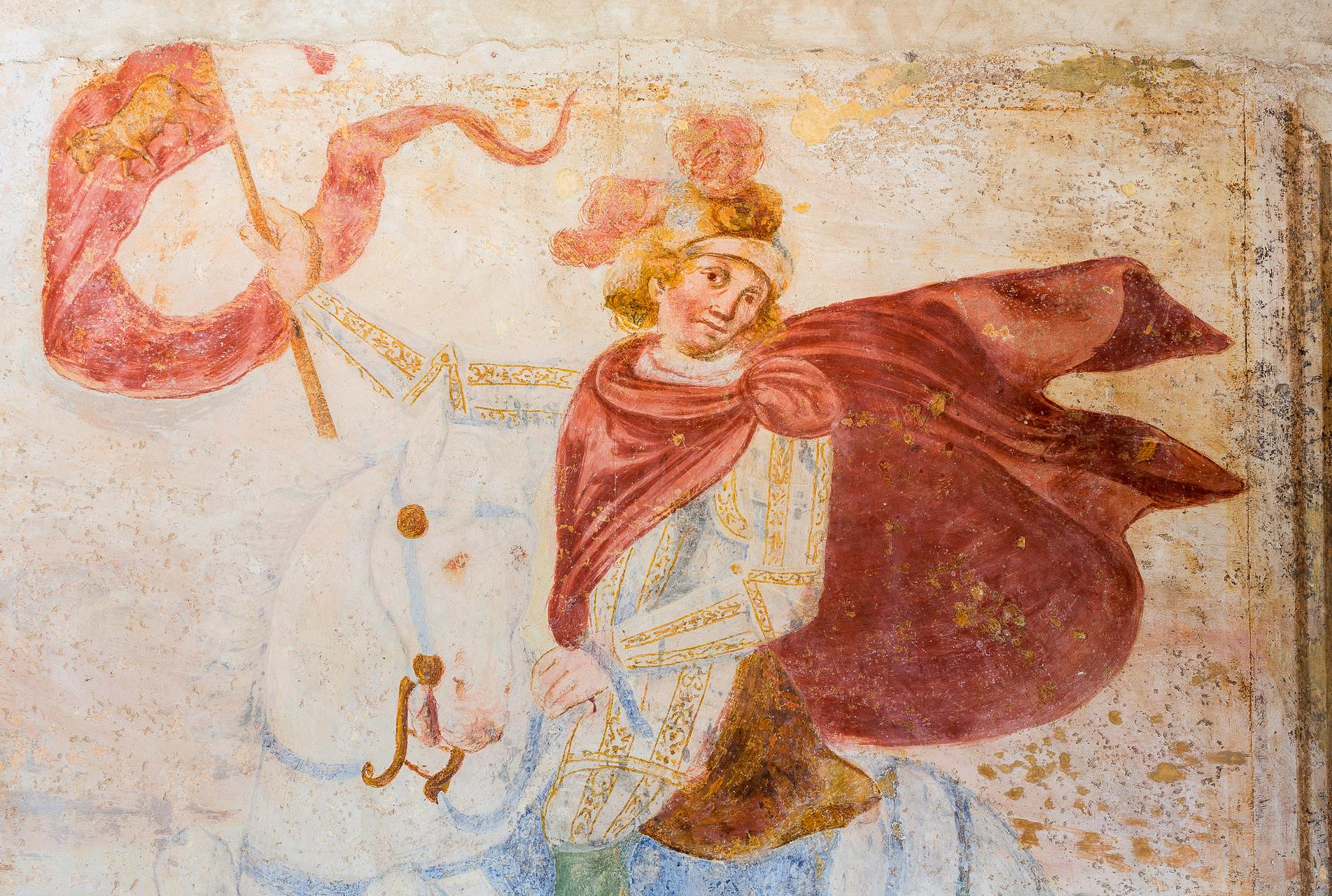 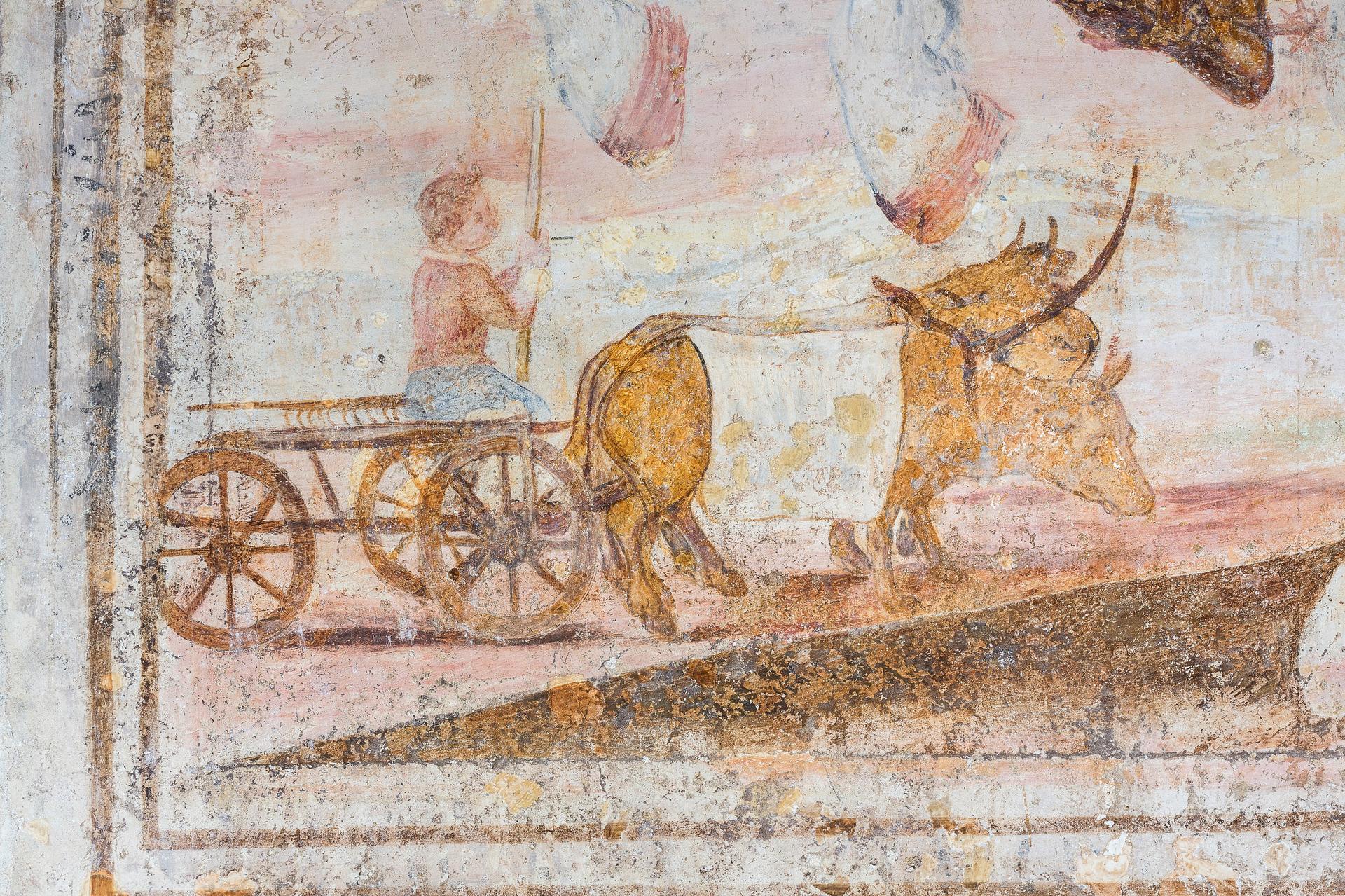 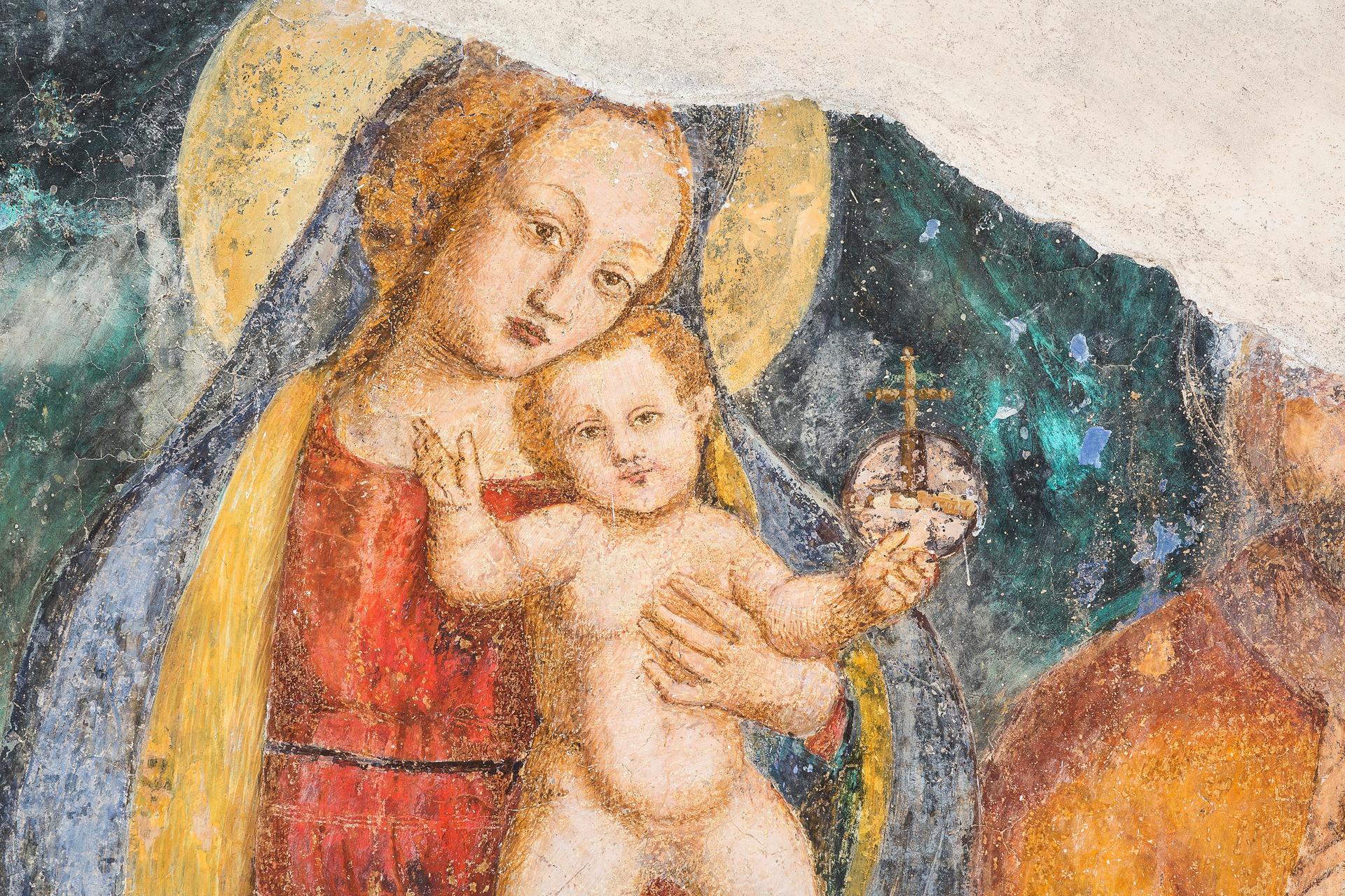 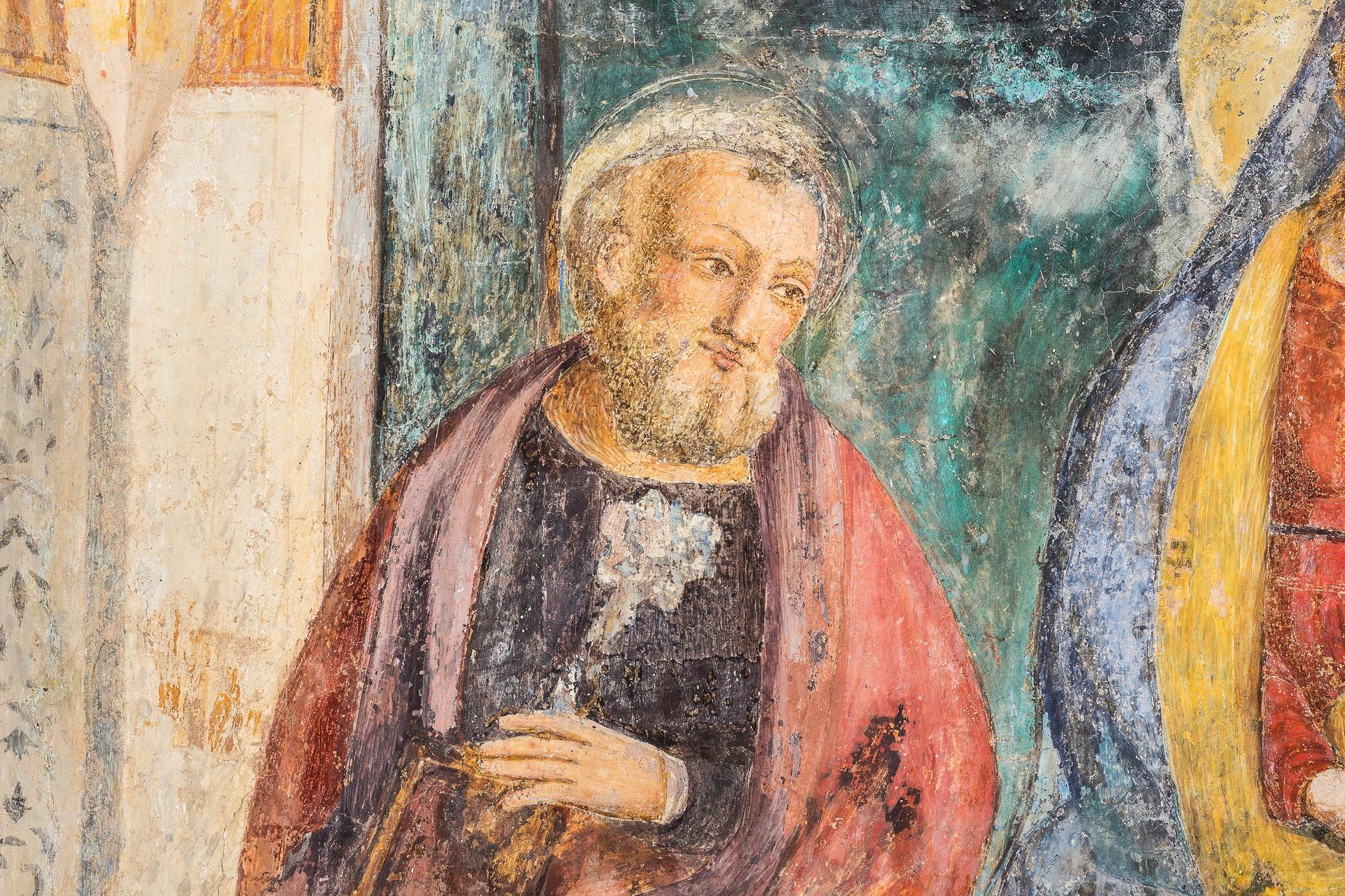 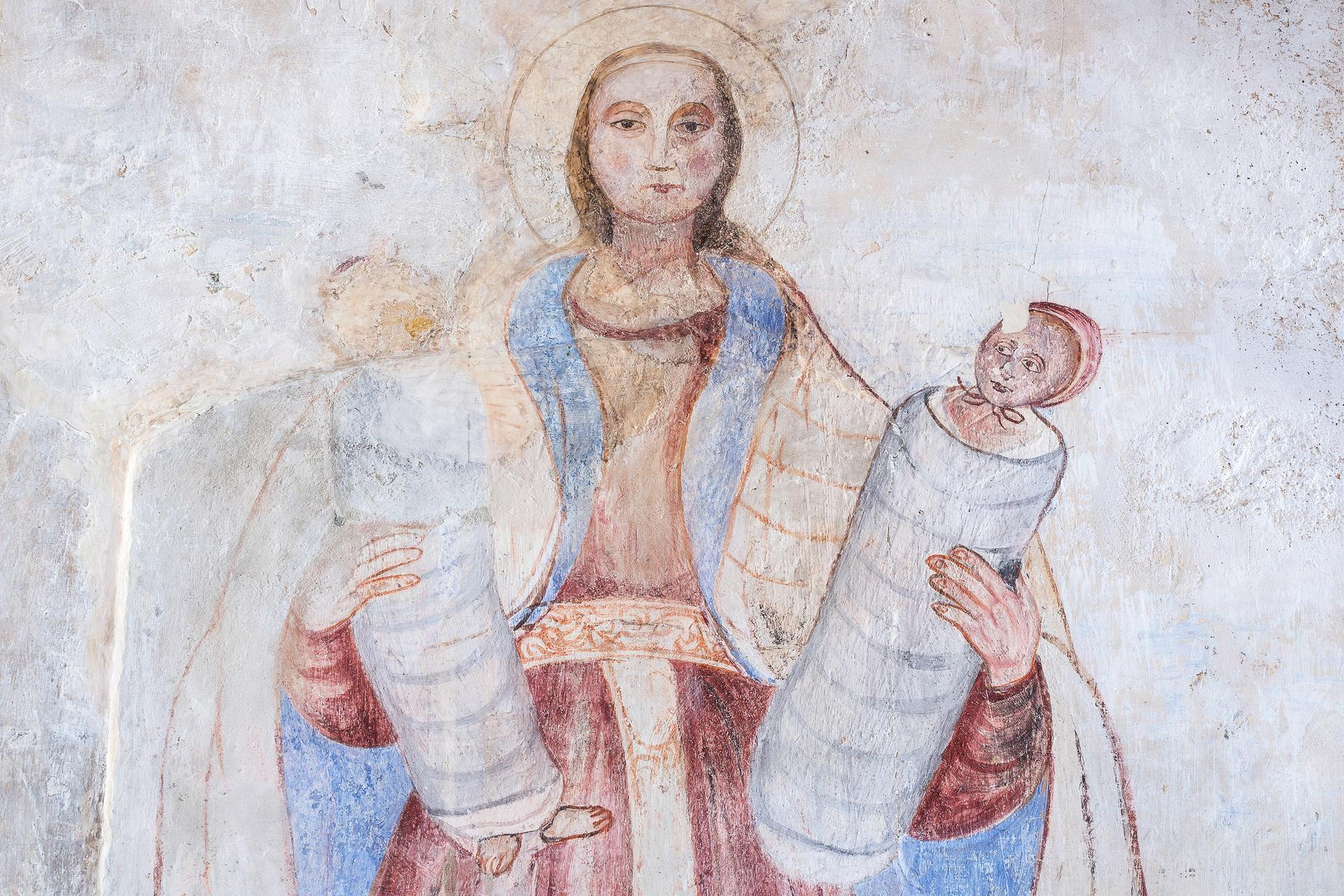 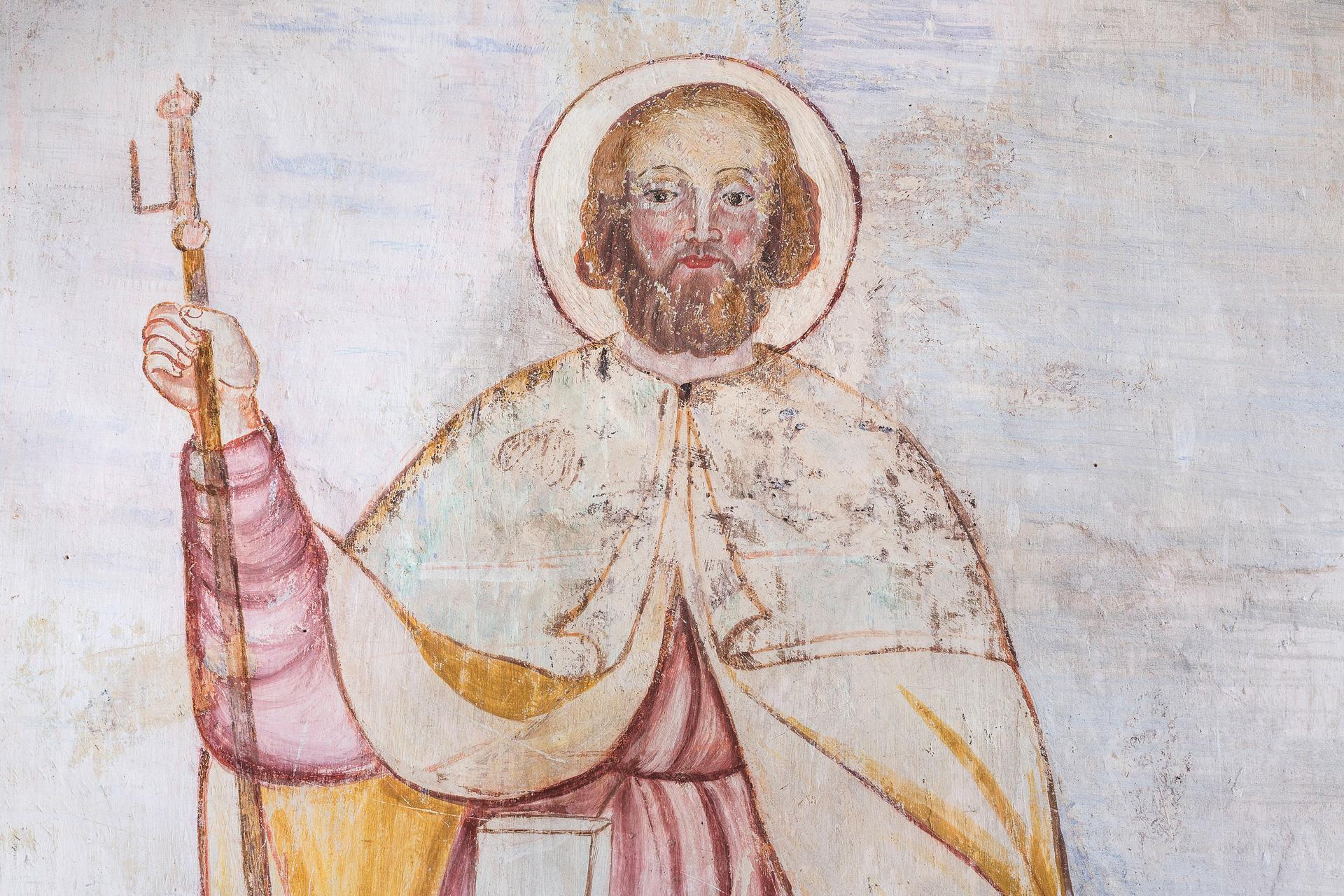 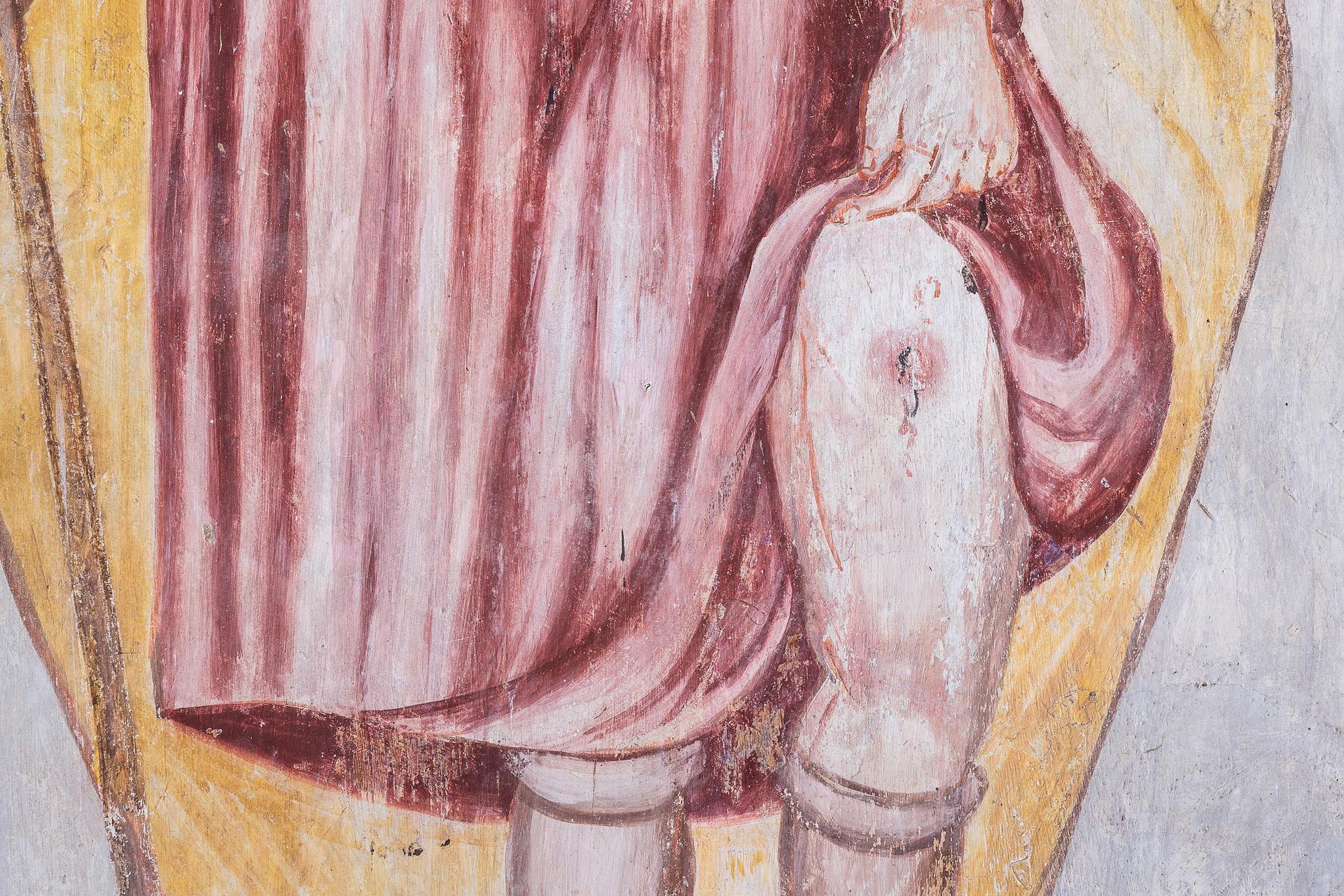