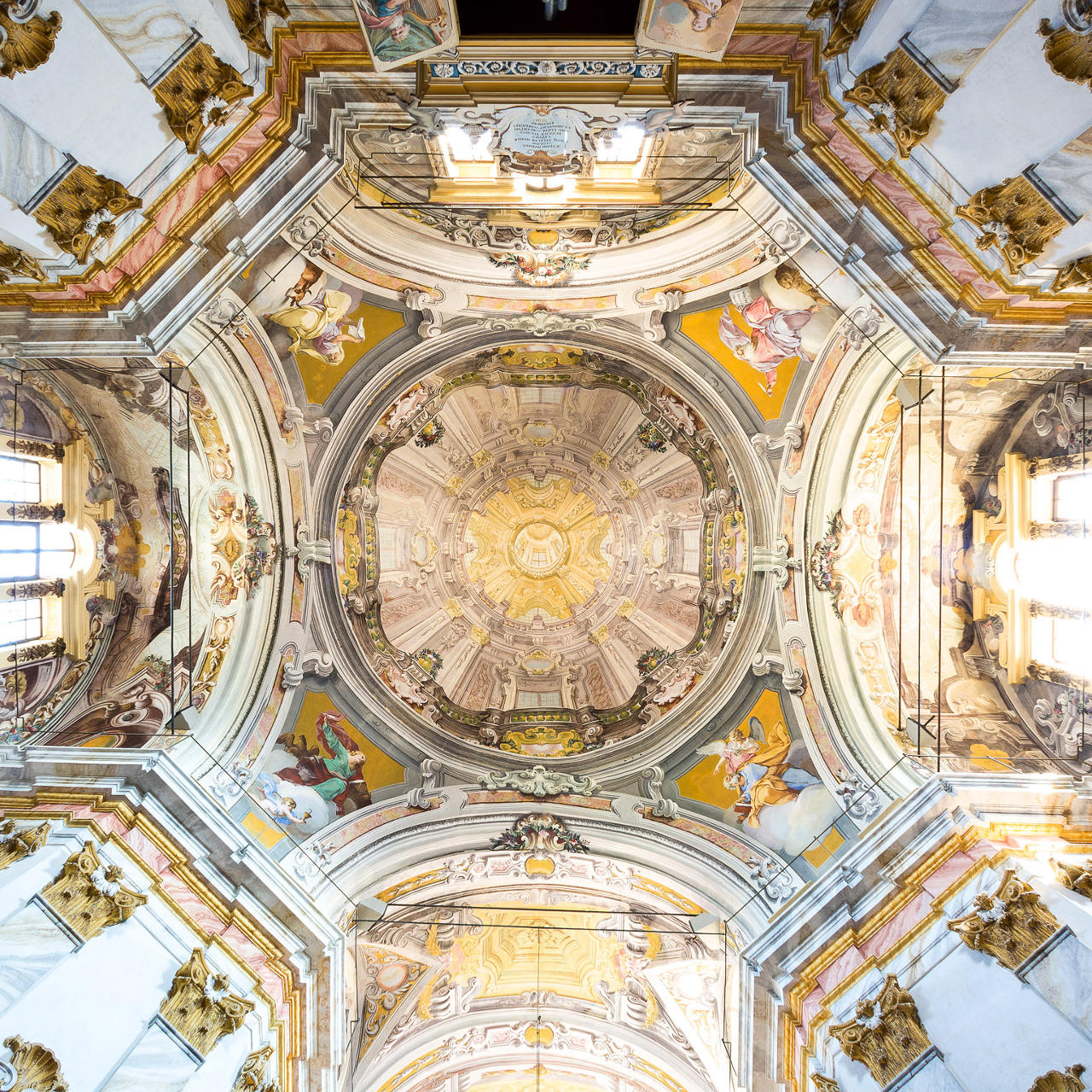 Majestic 18th-century frescoes that play with perspectives to seduce the eye in a vertigo of fake architectures.

The splendid church of the Santissima Annunziata in Guarene is a very valuable example of early 18th century Piedmontese sacred architecture in the Baroque style: it was rebuilt between 1699 and 1713 on a project by the architect earl Francesco Rachis from Carpeneto. Looking up and admiring the domed vault, we are almost breathless, struck by the intense majesty of the frescoes and perspectives, able to expand the space and project us towards the sky.
NEI DINTORNI VEDI I SENTIERI MAPPA SCHEDA TECNICA

Majestic frescoes that play with perspectives to seduce the eye in a vertigo of fake architectures.

The splendid church of the Santissima Annunziata is a much loved building by people from Guarene. The sacred building was formerly located just outside the walls, on the road that led to Alba.

The current church was built between 1699 and 1738 on a project by Francesco Rachis, Count of Carpeneto. In the same area there was an older worship building, enlarged and modified over the centuries to adapt the church to the increase in population. 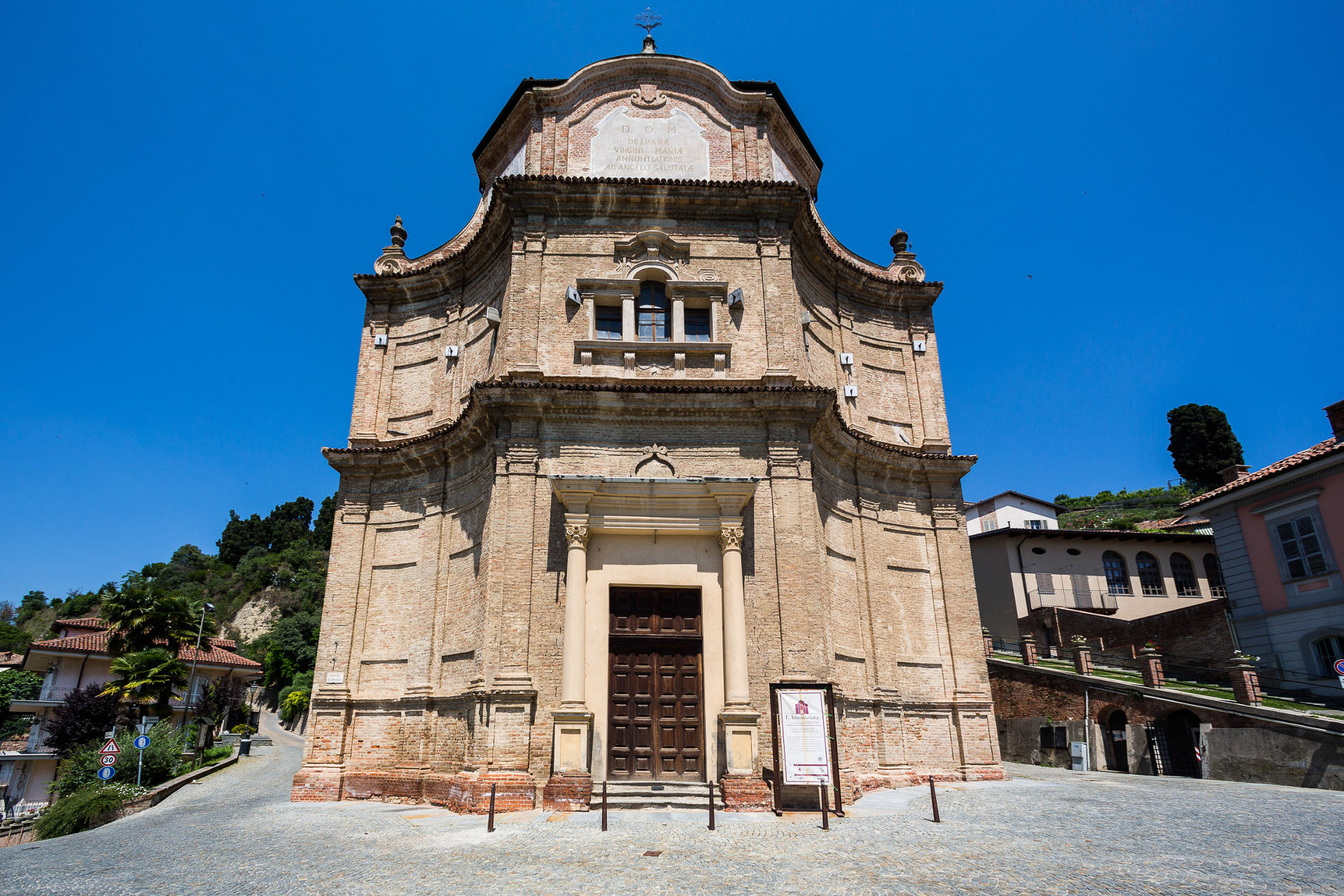 The first oratory bore the name of “Our Lady”, “Ecclesia Beate Marie Virginis ad portam Vallis Ville“, from the name of the city gate of Val di Villa: the specific cult of the Annunciation was attributed only later, perhaps as a consequence of a greater religious instruction given to the locals by the order of the “Servants of Mary” of Vezza d’Alba.

The church is a very valuable example of early eighteenth-century Piedmontese sacred architecture in the Baroque style, with a Greek cross plan with a domed vault and two large side chapels.

FRESCOES OF THE DOME: QUADRATURISM AND EVANGELISTS (about 1738)

Upon entering we are immediately struck by the paintings that entirely fresco the walls, the sails and the dome of the church. The frescoes are a fine example of the art of perspective applied to quadraturism, a decorative technique that involves imitating and inventing fantastic architectures painted with fake marble and fake decorated furniture. Thanks to this style, the frescoes are able to expand the space outside in an unthinkable way. 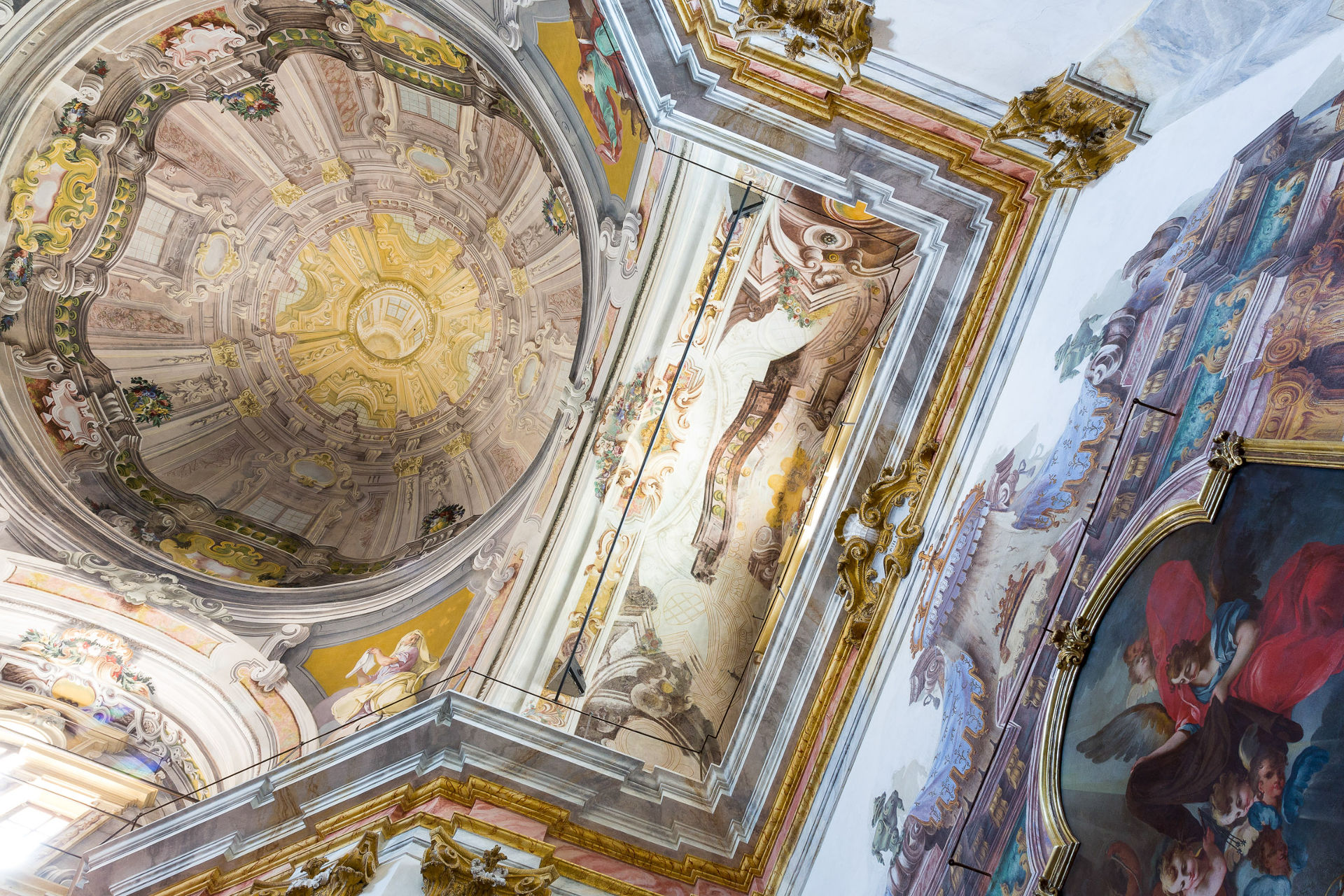 The peculiarity of this monument is the representation of the dome in its entirety. Painting fake architectures respecting the proportions is not at all simple, and often the shops resorted to “professional” devices such as the insertion of figurative representations of angels and saints: this allowed to simplify the process and close the architectural lines “deceiving” the ‘eye. In the dome of Guarene instead we find only marvellous architecture painted down to the smallest detail, for a final effect of great intensity and majesty.

The quadraturist frescoes are due to the genius of Francesco Casoli from Guarene, a painter with experience at the Galli Bibiena School, Vittore de Nicola from Locarno and Giacomo Rapa or Rappa, perhaps from Lugano.

The figurative paintings are instead the work of Michele Antonio Milocco: his hand painted the four evangelists on the sails of the dome in 1753, the figures represented on the organ doors, the side frescoes of the choir and the oil paintings of the three altars (1748-1753) – the latter recently restored.

Of particular value is an altarpiece depicting the Annunciation, an early work by the painter Guglielmo Caccia known as Moncalvo, dated 1585. The altarpiece, coming from the pre-existing church, is currently placed in the sacristy. 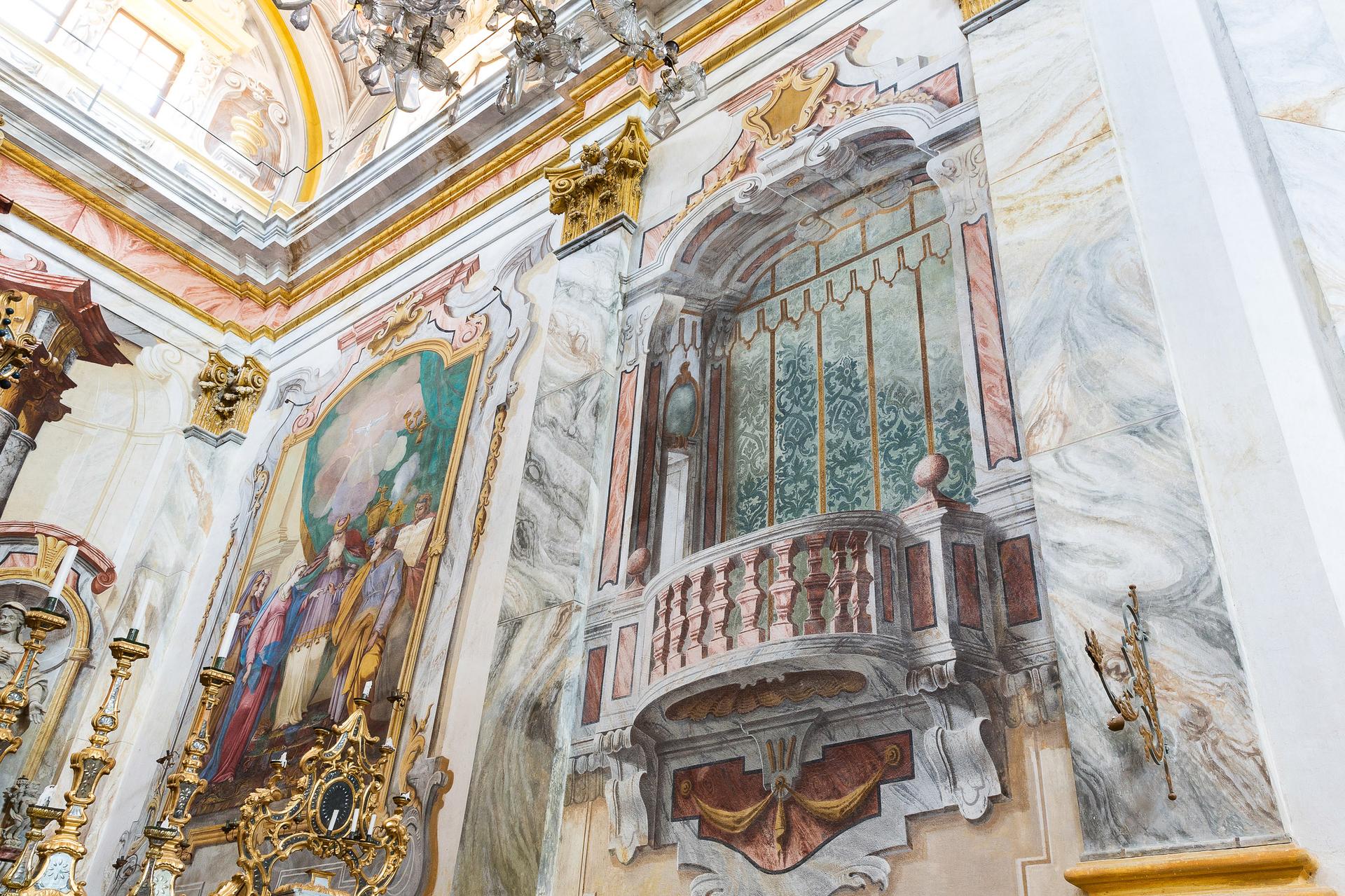 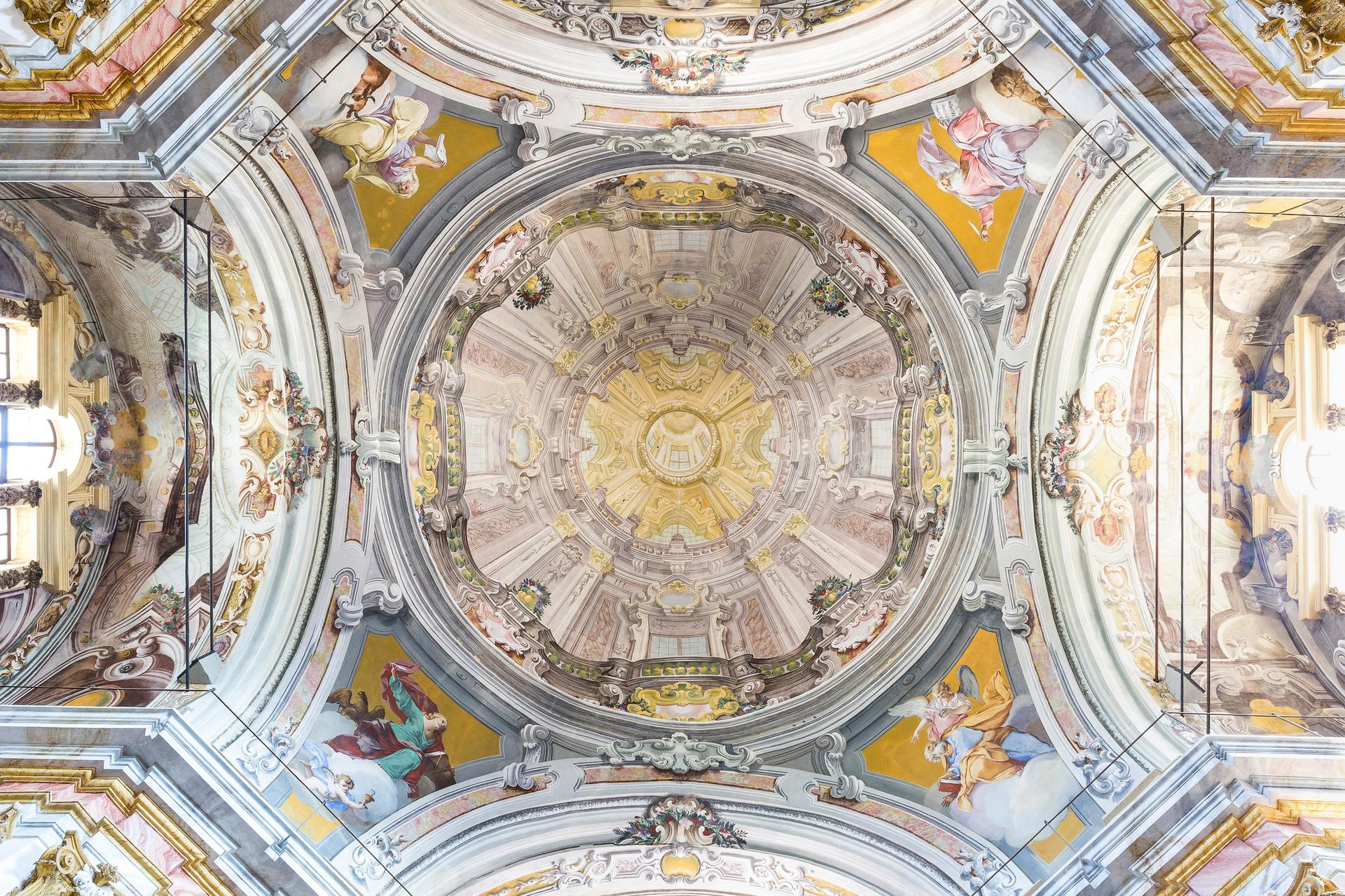 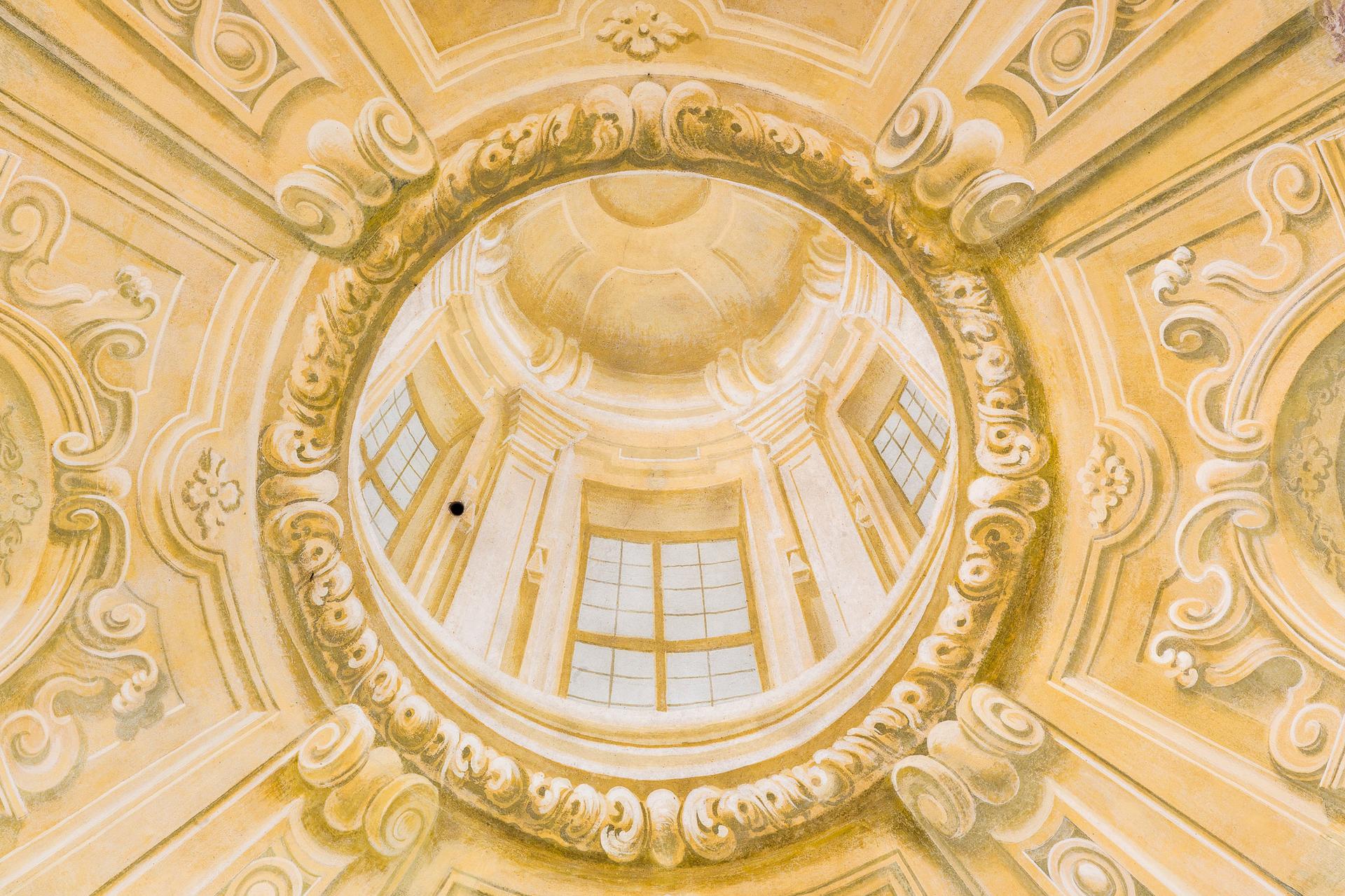 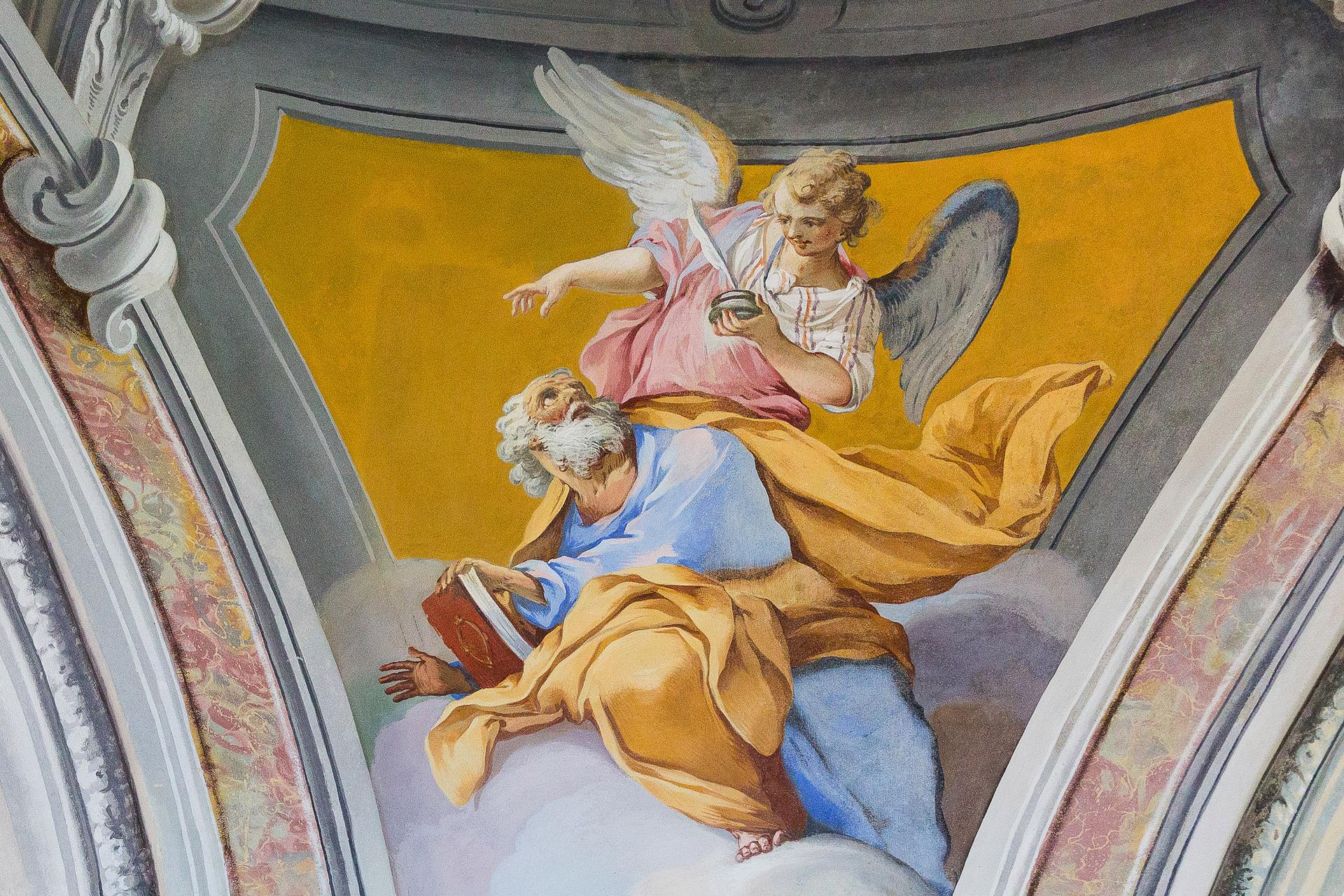 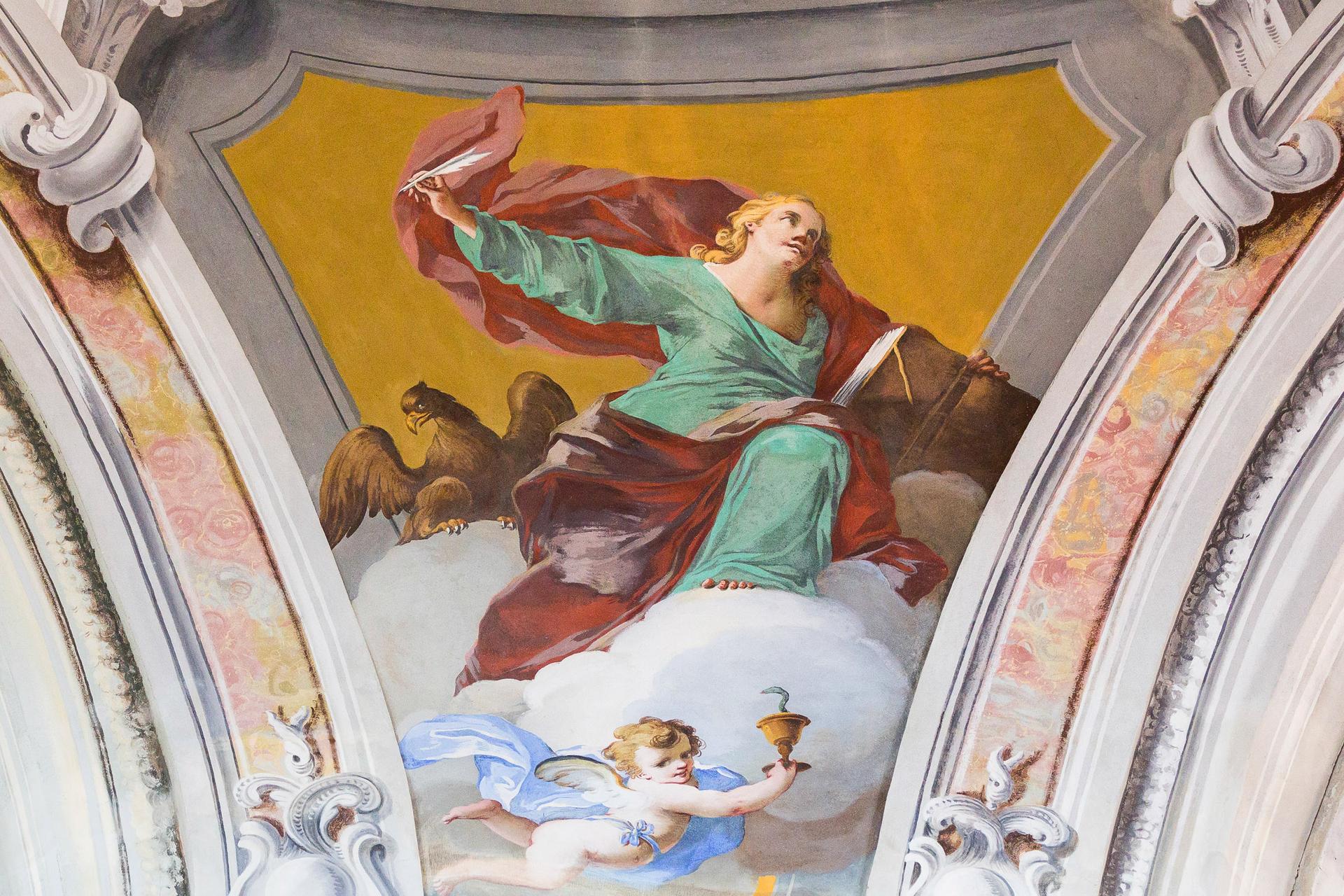 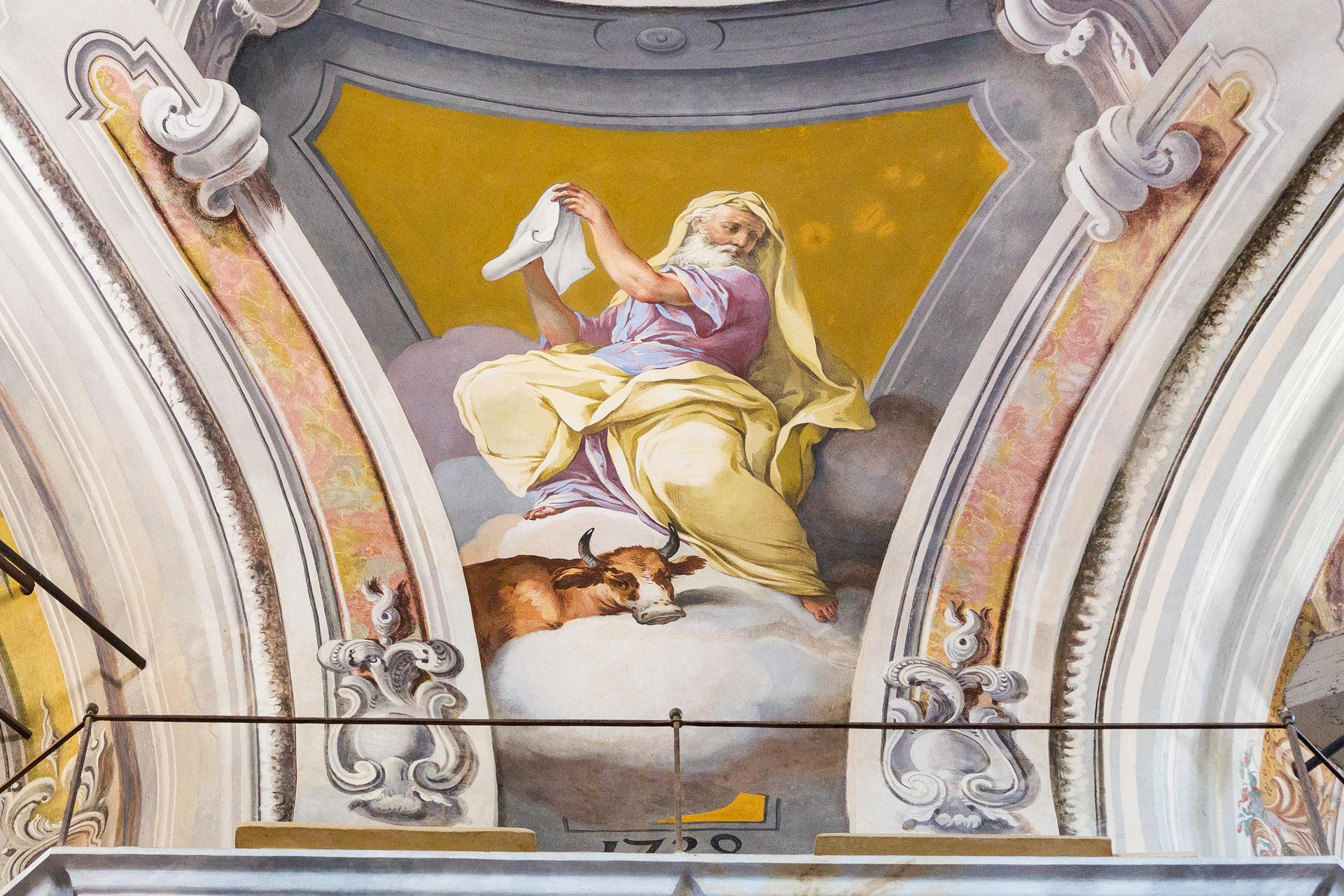 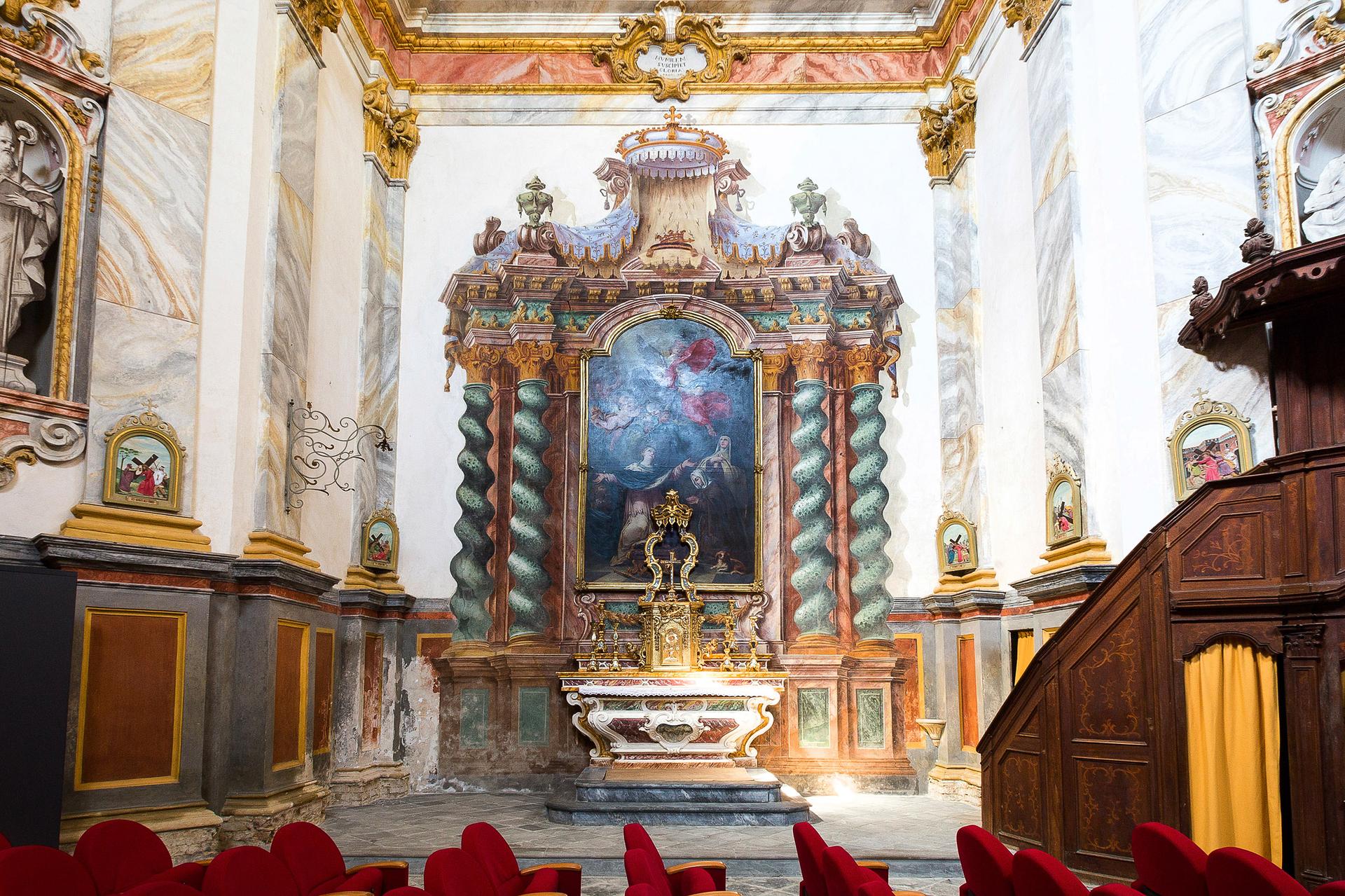 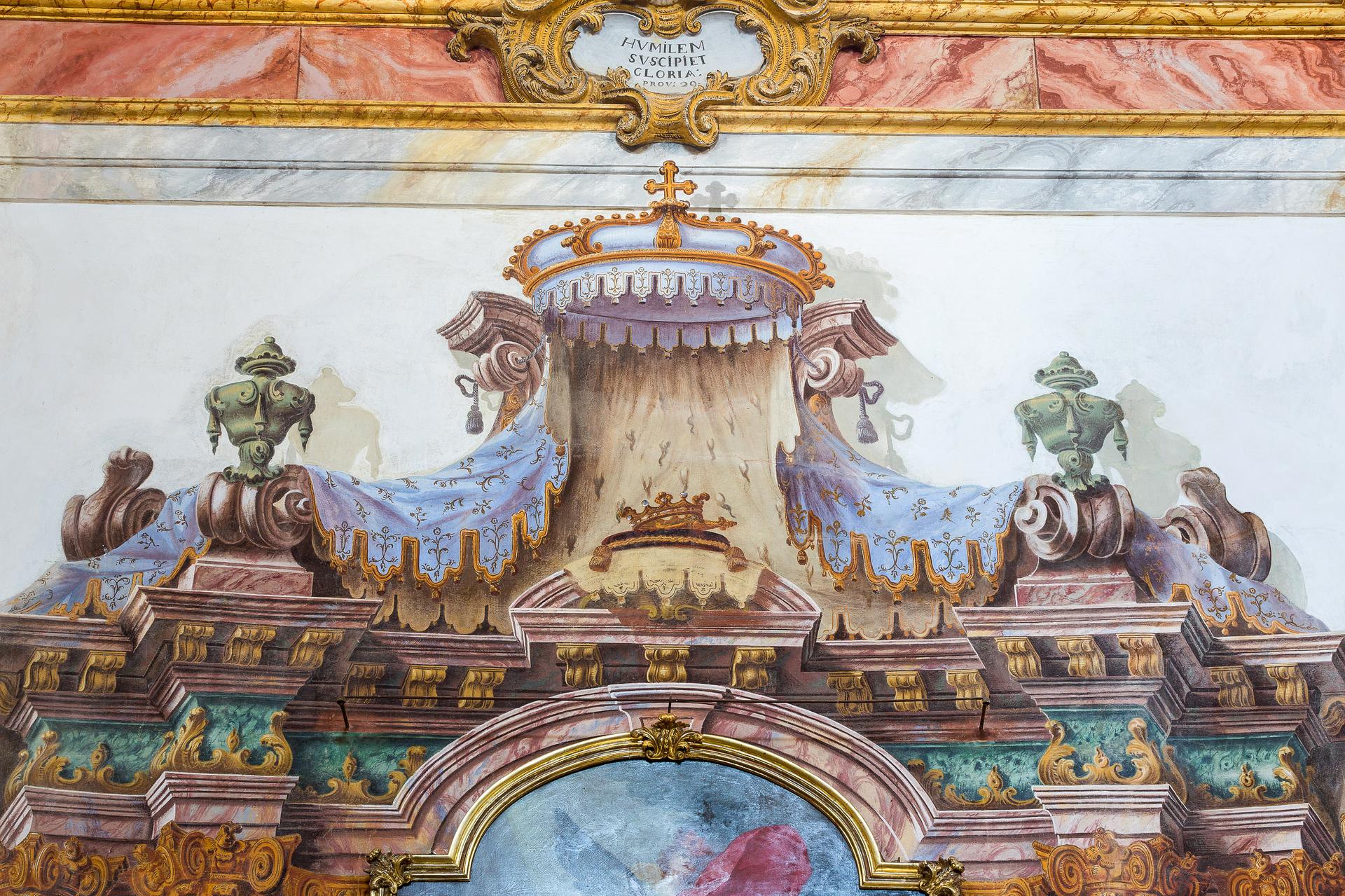 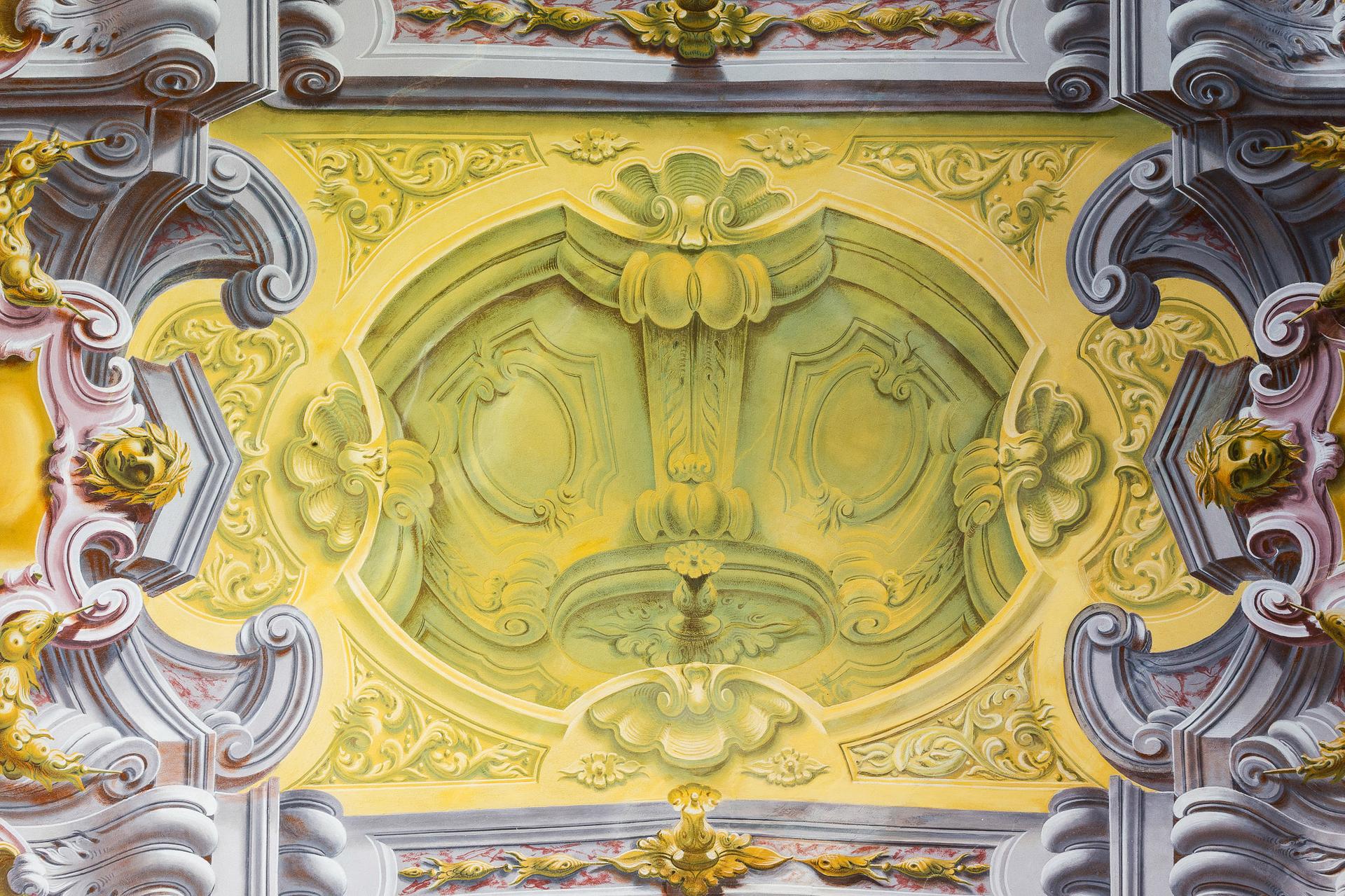 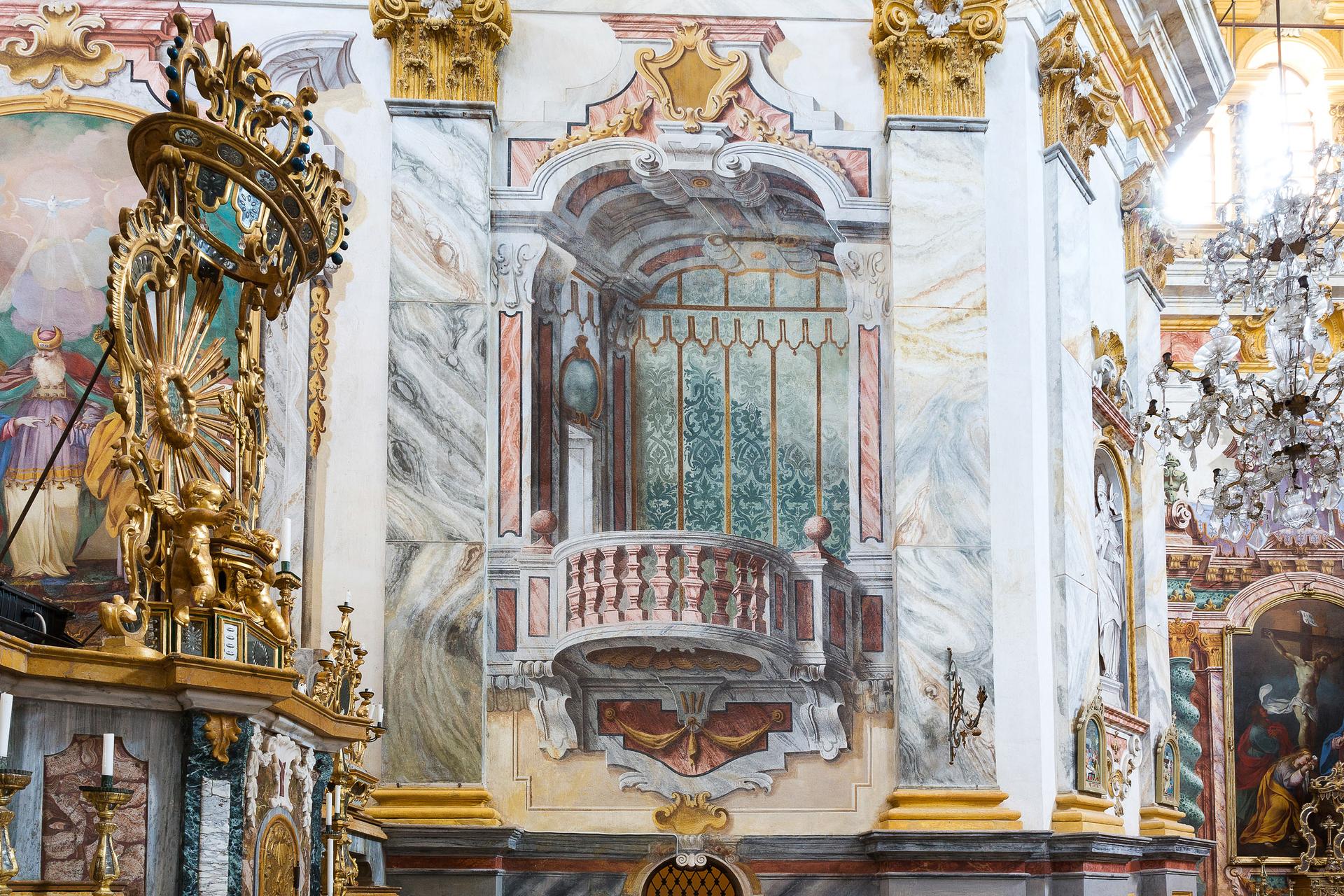 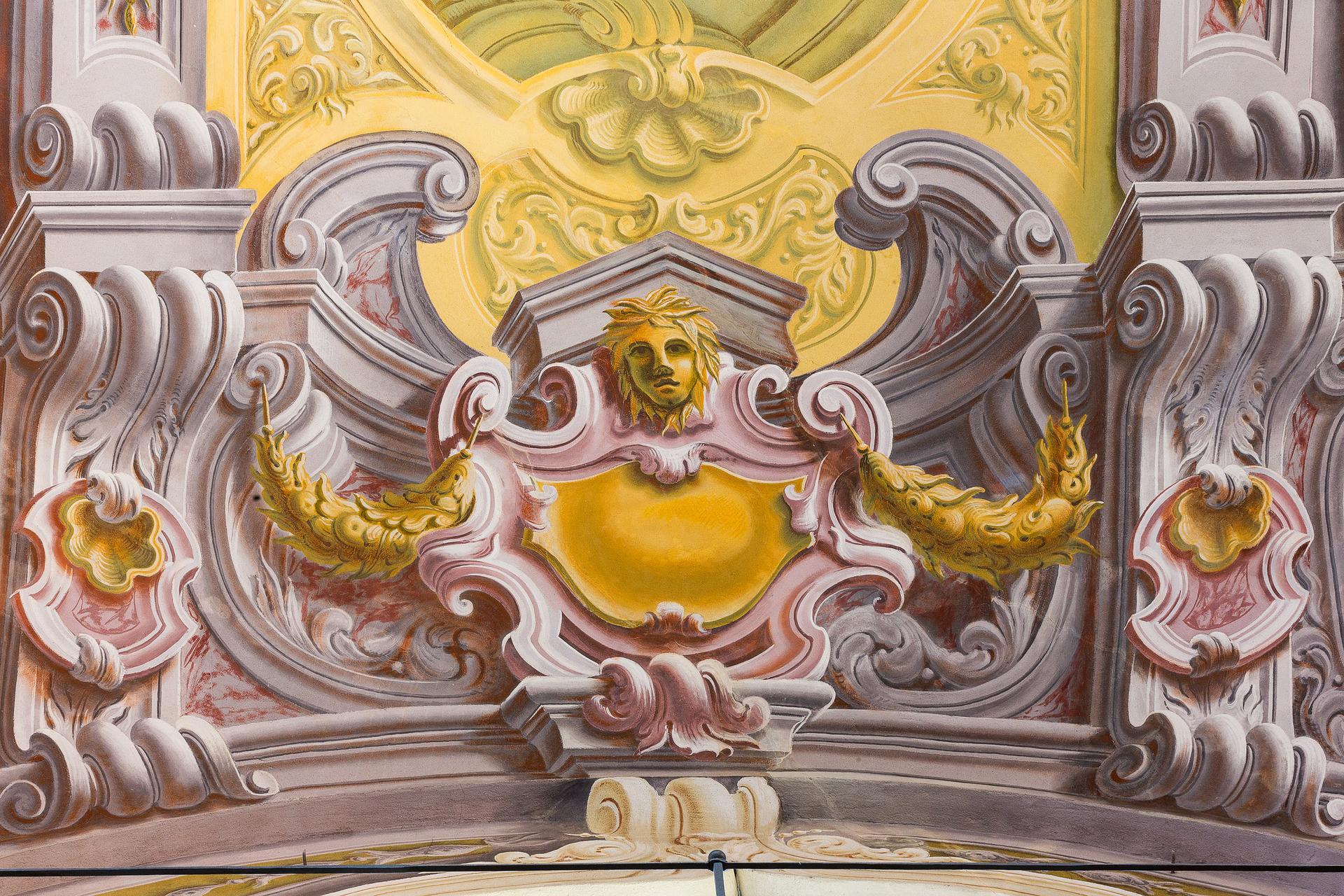 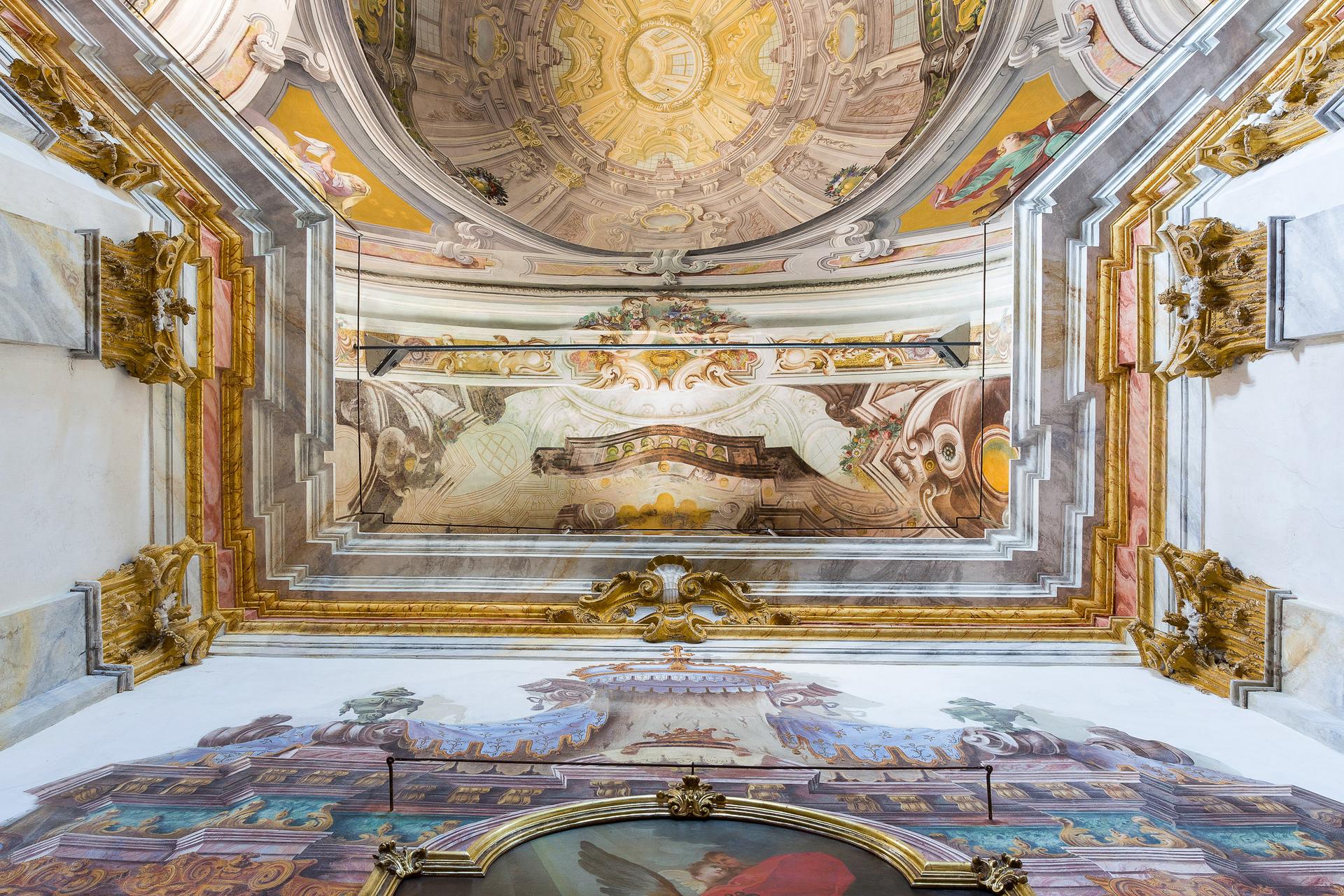 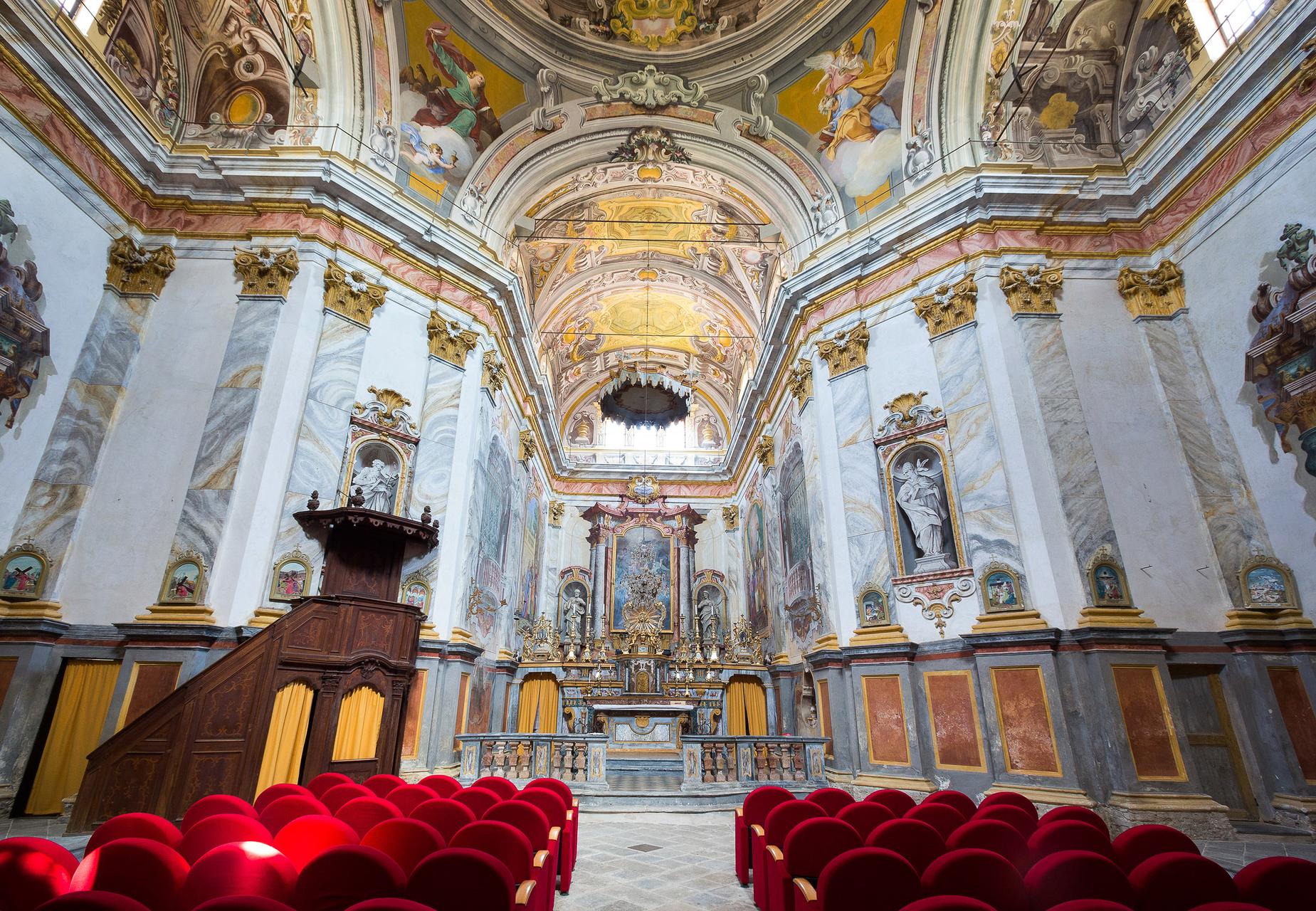 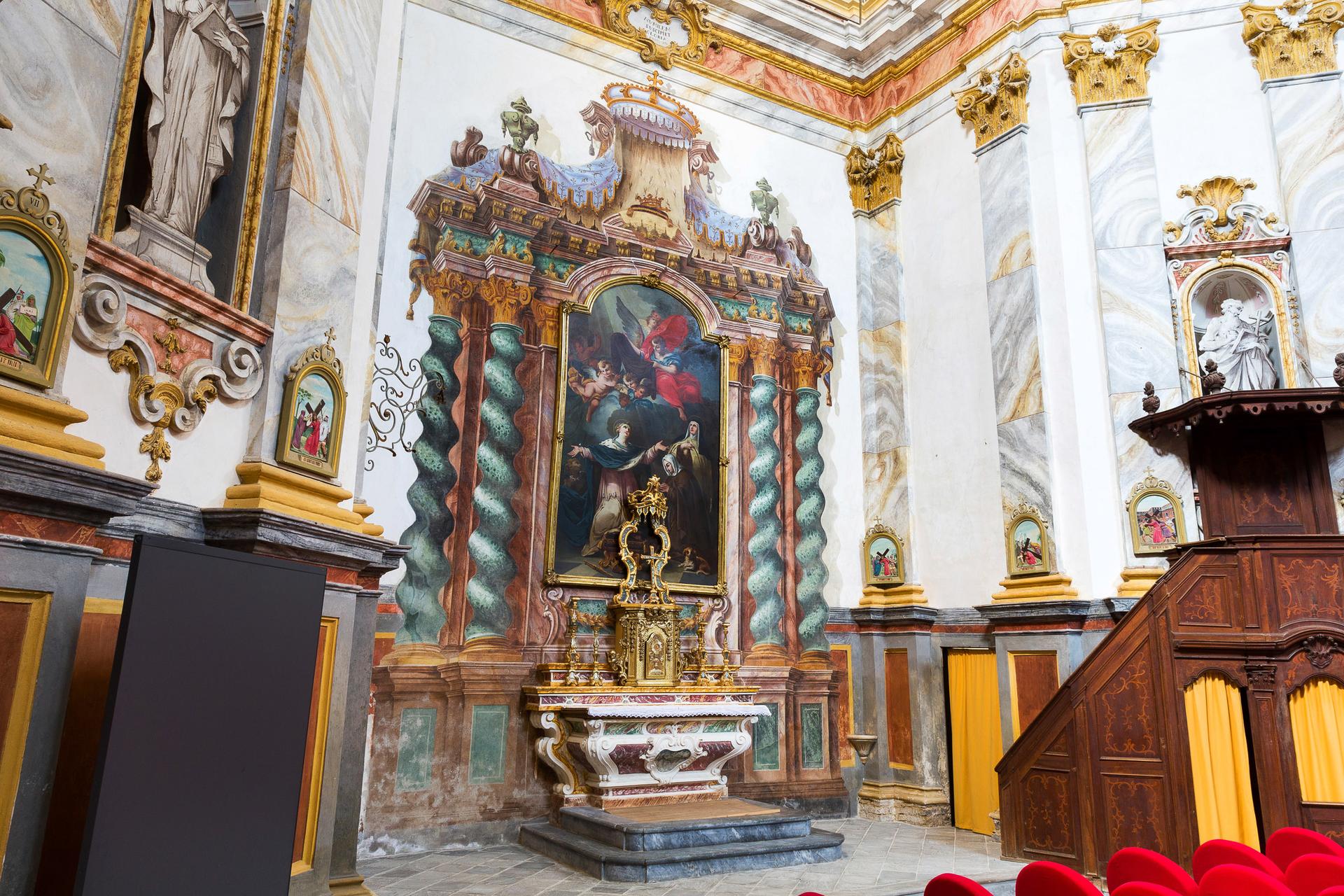